In the House of the Interpreter 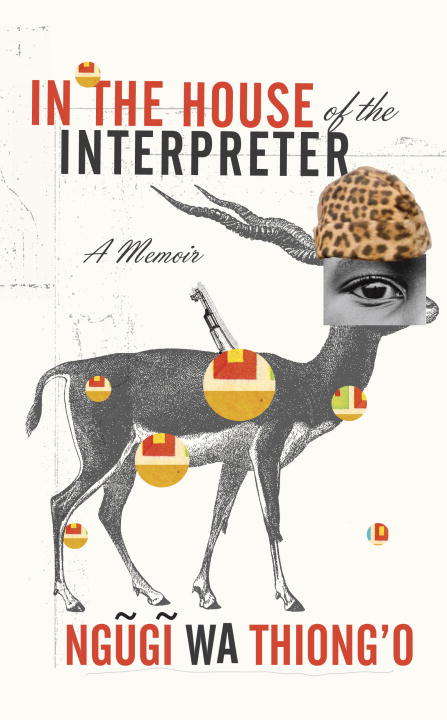 With black-and-white illustrations throughoutWorld-renowned Kenyan novelist, poet, playwright, and literary critic Ng ug ý wa Thiong'o gives us the second volume of his memoirs in the wake of his critically acclaimed Dreams in a Time of War. In the House of the Interpreter richly and poignantly evokes the author's life and times at boarding school--the first secondary educational institution in British-ruled Kenya--in the 1950s, against the backdrop of the tumultuous Mau Mau Uprising for independence and Kenyan sovereignty. While Ng ug ý has been enjoying scouting trips, chess tournaments, and reading about the fictional RAF pilot adventurer Biggles at the prestigious Alliance High School near Nairobi, things have been changing rapidly at home. Poised as he is between two worlds, Ng ug ý returns home for his first visit since starting school to find his house razed and the entire village moved up the road, closer to a guard checkpoint. Later, his brother Good Wallace, a member of the insurgency, is captured by the British and taken to a concentration camp. As for Ng ug ý himself, he falls victim to the forces of colonialism in the person of a police officer encountered on a bus journey, and he is thrown into jail for six days. In his second year at Alliance High School, the boarding school that was his haven in a heartless world is shattered by investigations, charges of disloyalty, and the politics of civil unrest. In the House of the Interpreter hauntingly describes the formative experiences of a young man who would become a world-class writer and, as a political dissident, a moral compass to us all. It is a winning celebration of the implacable determination of youth and the power of hope.