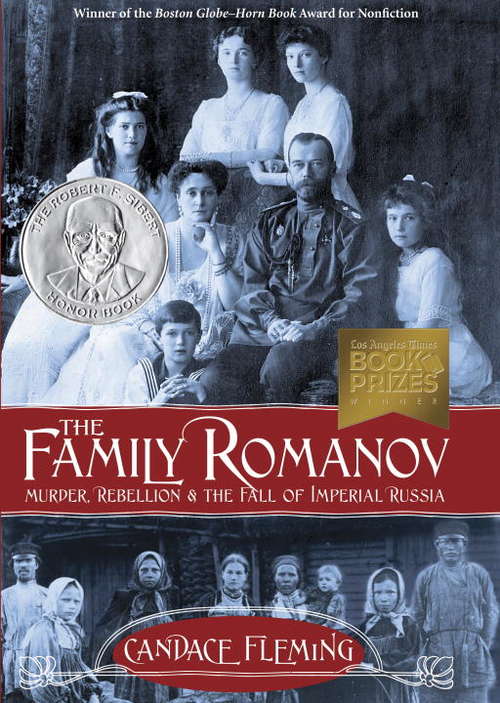 "Marrying the intimate family portrait of Heiligman's Charles and Emma with the politics and intrigue of Sheinkin's Bomb, Fleming has outdone herself with this riveting work of narrative nonfiction that appeals to the imagination as much as the intellect." --The Horn Book, StarredFrom the acclaimed author of Amelia Lost and The Lincolns comes a heartrending narrative nonfiction page-turner--and a perfect resource for meeting Common Core standards. When Russia's last tsar, Nicholas II, inherited the throne in 1894, he was unprepared to do so. With their four daughters (including Anastasia) and only son, a hemophiliac, Nicholas and his reclusive wife, Alexandra, buried their heads in the sand, living a life of opulence as World War I raged outside their door and political unrest grew into the Russian Revolution.Deftly maneuvering between the lives of the Romanovs and the plight of Russia's peasants and urban workers--and their eventual uprising--Fleming offers up a fascinating portrait, complete with inserts featuring period photographs and compelling primary-source material that brings it all to life."An exhilarating narrative history of a doomed and clueless family and empire." --Jim Murphy, author of Newbery Honor Books An American Plague and The Great Fire"For readers who regard history as dull, Fleming's extraordinary book is proof positive that, on the contrary, it is endlessly fascinating, absorbing as any novel, and the stuff of an altogether memorable reading experience." --Booklist, Starred

Winner of the Sibert Honor