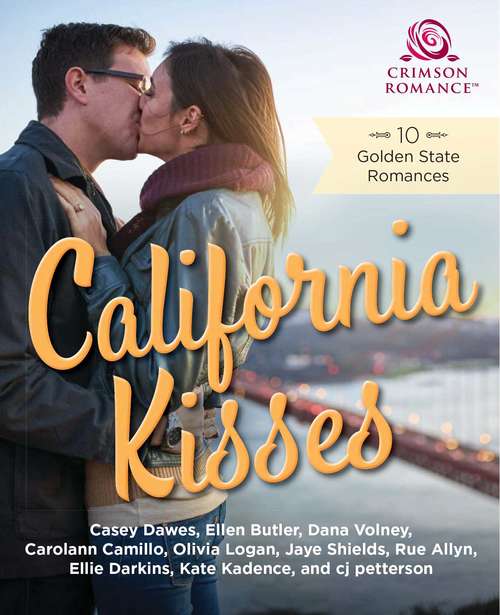 We’ve packed this bundle full of mountains, beaches, Hollywood glamour, sunshine, and wine, delivering romance the way only California can. Join these ten couples as they explore love in the state known for its golden dreams.California Sunrise: Dr. Raúl Mendez finds himself drawn to plucky single mother Alicia Fuentes after he diagnoses her young son on the autism spectrum, but their blossoming relationship must withstand the political and very personal battles surrounding immigration. Heart of Design: The tabloids portray flirtatious Ian O’Connor as Hollywood’s latest playboy, but Sophie Hartland is just there to renovate his bedroom, not become another notch on his bedpost. Ian finds her a refreshing change from the actress wannabes. Can Sophie ignore her traitorous libido—and, more importantly, protect her heart in this game of wills? Paradise Point: Liv Barnette needs a new life. So inheriting 50 percent ownership in Paradise Point marina is a lucky break. The sexy downside? Sharing her windfall with Army Ranger Adam Lark, who will go to any extreme to see her gone…or so he thinks. The Very Thought of You: San Francisco builder Nick Mancini has offered the tenants in his newly acquired apartment house a good deal: twenty-five grand to vacate the premises so he can demolish it for his next project. Molly Hewitt is rallying everyone to hold out for a hundred. Surely he can flirt his way out of this roadblock—or are the stakes too high this time? Urgent: One Nanny Required: Entrepreneur Rania George is offered a sweet gig babysitting a little boy who hangs out at her candy store. The only catch? She has to fly to Hollywood—a place she loathes—and spend three weeks with his devastatingly handsome and arrogant father. Secrets of the Sky: Sparrow Reed might look like an angel, but she’s actually a witch who can change into a songbird. When her best friend’s problems drop Sparrow in an underworld fraught with threats, Rowen Aerion of the Knights of the Fog has his hands full trying to keep her alive—and his love may be her biggest danger of all. One Moment’s Pleasure: Drawn to San Francisco during the Gold Rush, Edith narrowly escapes working in a bordello, but she can’t escape Dutch Trahern, who seeks redemption after his misspent youth. Could he be the key to helping her find her way out of the family tragedy that sent her west in the first place? Hiding from Hollywood: When movie producer Ethan Walker breezes into Abby’s diner, she’s terrified. The last thing she wants is her name connected with his when her life is now about hiding from the tabloids. But when she’s left without a safe place to stay, Ethan offers her sanctuary in his home, and Abby must decide whether she can finally stop running and trust Ethan with her secret. Fearless Love: Jake Colt has no interest in handling the Carmichael winery acquisition, but he has little choice thanks to the business agreement he made with his father. Madison Carmichael refuses to let this interloper take what belongs to her family, no matter what passions he stirs in her heart. When two opposing forces clash, sparks are bound to fly… Deadly Star: An amateur astronomer spots what she thinks is a new comet in the California desert night sky, but her theory is way off base. She’s stumbled onto the government’s top secret, and only her CIA ex-husband can help her find the light. Sensuality Level: Sensual