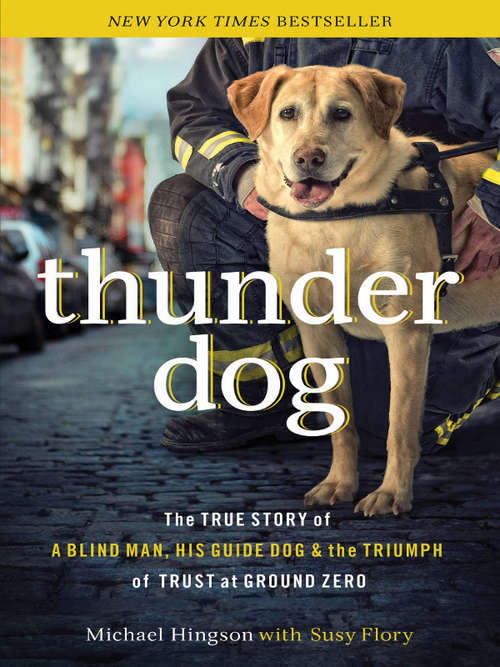 "I trust Roselle with my life, every day. She trusts me to direct her. And today is no different, except the stakes are higher." ?Michael Hingson

First came the boom?the loud, deep, unapologetic bellow that seemed to erupt from the very core of the earth. Eerily, the majestic high-rise slowly leaned to the south. On the seventy-eighth floor of the World Trade Center's north tower, no alarms sounded, and no one had information about what had happened at 8:46 a.m. on September 11, 2001?what should have been a normal workday for thousands of people. All that was known to the people inside was what they could see out the windows: smoke and fire and millions of pieces of burning paper and other debris falling through the air.

Blind since birth, Michael couldn't see a thing, but he could hear the sounds of shattering glass, falling debris, and terrified people flooding around him and his guide dog, Roselle. However, Roselle sat calmly beside him. In that moment, Michael chose to trust Roselle's judgment and not to panic. They are a team.

Thunder Dog allows you entry into the isolated, fume-filled chamber of stairwell B to experience survival through the eyes of a blind man and his beloved guide dog. Live each moment from the second a Boeing 767 hits the north tower, to the harrowing stairwell escape, to dodging death a second time as both towers fold into the earth.

It's the 9/11 story that will forever change your spirit and your perspective. Thunder Dog illumiates Hingson's lifelong determination to achieve parity in a sighted world, and how the rare trust between a man and his guide dog can inspire an unshakable faith in each one of us.