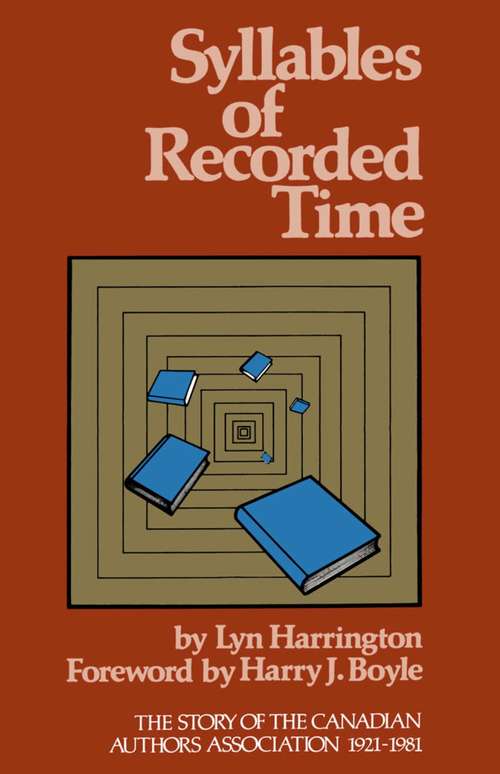 Syllables of Recorded Time is a lively look at the development over the last six decades of a national authors’ association, with all its problems and foibles. Personalities such as Bliss Carman, Nellie McClung, Stephen Leacock, B.K. Sandwell, W.A. Deacon, Mazo de la Roche, John Murray Gibbon, Helen Chreighton, Watson Kirkconnell, Charles G.D. Roberts and Duncan Campbell Scott figure prominently in the amusing anecdotes of the early days, and Hugh MacLennan, Pierre Berton, Dorothy Livesay and Arthur Hailey in the later years. Syllables of Recorded Time highlights the discussions and legalities regarding issues of copyright, contracts, women’s role, cultural domination by Britain and the U.S.A., government funding and markets for writers. It tells why there was a spinoff of specialized interests including the Canadian Writers’ Foundation, the League of Poets, the Governor General’s Awards, the Canadian Copyright Institute, the Canadian Society of Children’s Authors, Illustrators and Performers and the Writers’ Union of Canada. Harrington vividly portrays all facets of the organization in this valuable resource book.