These Aren't My Pants 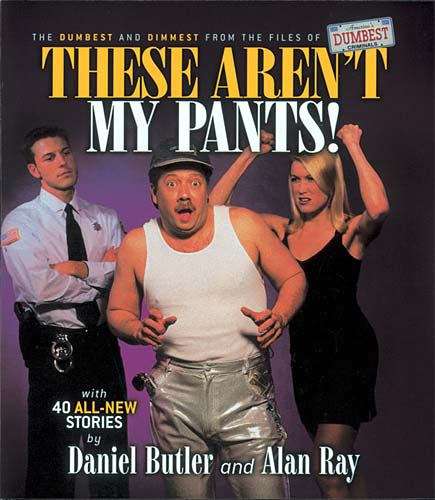 I always ask a suspect, "Do you have any drugs tonight?" The suspect always says, "No, officer" with an incredible innocence and look of disbelief. Then I pat him down and I find a bag of crack, a Saturday Night Special, and a switchblade knife. He tells me he's never seen these things before. When I explain that they just came out of the pants he is wearing, without hesitating, the suspect always says,

"But these aren't my pants!"

One 300-pound dumb criminal got in even more trouble. Pointing to his 90-pound girlfriend, he explained, "They are hers. She used to be much larger." The police had to intervene to save the man from his petite but outraged friend.

These Aren't My Pants! is a collection of 320 of the dumbest stories from the four best-selling America's Dumbest Criminals books and the popular television show along with 40 all-new stories.

Every 6.8 seconds another dumb crime is committed. Here is the ultimate collection of the most incredibly stupid and painfully dumb attempts at crime including...

* The woman who invalidated her winning $5,000 lottery ticket by altering it to match the $20 prize number