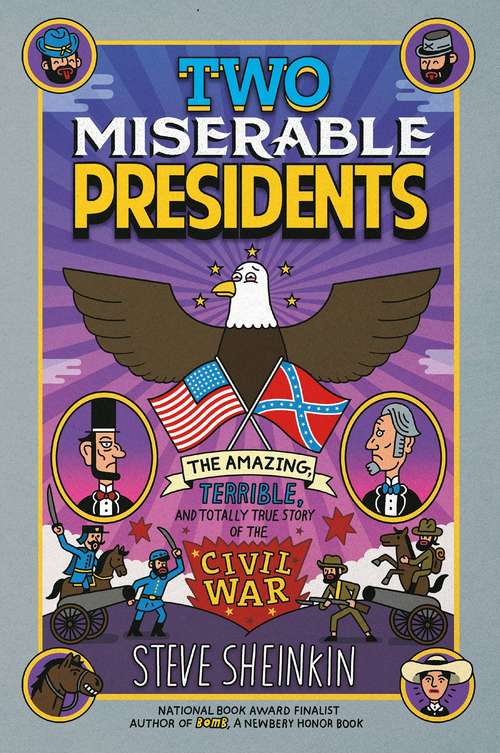 Get the feeling something big is about to happen? Welcome to the Civil War―one of the scariest, saddest, and occasionally wackiest stories in American History.

1856: Northern and Southern settlers attack each other in Kansas.

1858: Congressmen start sneaking guns and knives into the Senate chamber.

1860: President James Buchanan is heard wailing, “I am the last president of the United States!”

That Congressman, Preston Brooks, was ready to attack Senator Charles Sumner of Massachusetts over remarks Sumner made slamming senators who supported slavery in Kansas. Brooks lifted his cane to beat Sumner, and here the action in the book stops, so that Steve Sheinkin can explain just where this confrontation started. In the process, he unravels the complicated string of events – the small things, the personal ones, the big issues– that led to The Civil War. It is a time and a war that threatened America's very existence, revealed in the surprising true stories of the soldiers and statesmen who battled it out.