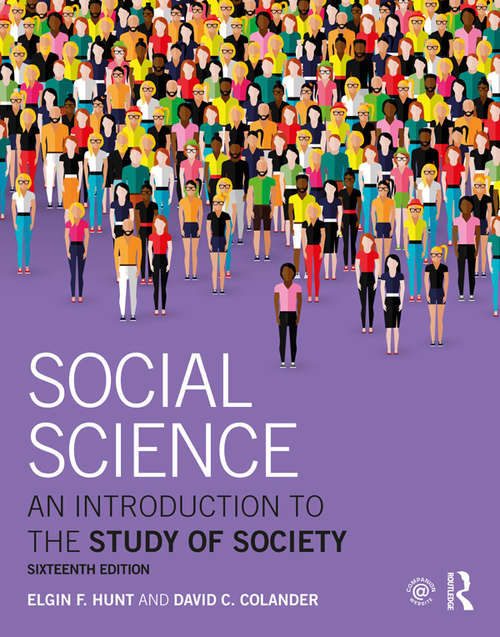 Social Science: An Introduction to the Study of Society 16e approaches social science from a common-sense perspective, rather than from a conventional social science angle. Readers will see how seemingly diverse disciplines intermingle – anthropology and economics, for example. The goal of the book is to teach?students critical thought and problem solving skills that will allow them?to approach social issues in an?unbiased manner.

New to this edition are significant?updates on:

Race and the police

More comparison/contrasts of deviance and criminality

new technology such as self-driving cars

"States" in the Middle East