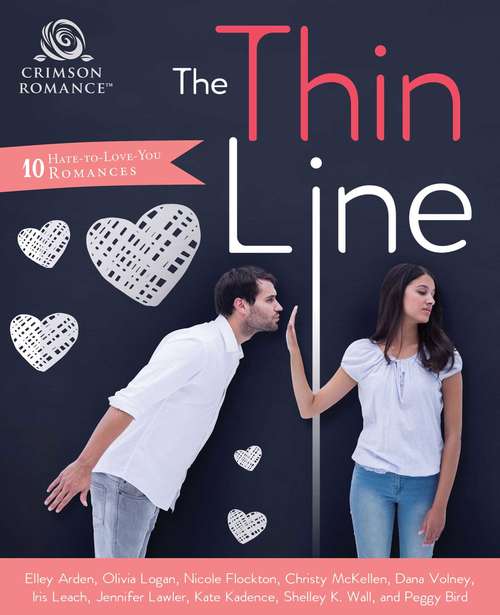 There’s a thin line between love and hate…just ask any of the couples in these ten enemies-to-lovers romances. Heated words and angry adrenaline turn to primal passion when fate steps in to set these fighting foes on a path to forever.Marriage by Design: When a new highway project will destroy the homes Angie Corcarelli’s family construction business once helped build, she faces off with her best friend’s stuffy and infuriating ex, developer Stuart Perrault. When they start ot fall challenging their family ties? The Tycoon’s Wager: To boost ratings and save her radio show, agony aunt CJ Stratt has no choice but to agree to a series of publicity dates with London’s renowned playboy, Jack Harper. Jack knows seduction, but he has no idea how to love. Love is CJ’s business, yet she’s never been seduced. Can they find their way to a happily ever after? Sweet Texas Fire: Gage Cooper has always wanted the family cabin. Instead, his business nemesis, environmental analyst Charlotte Wilkinson, inherits this valuable property. He’ll do anything to reverse this fortune, including eloping to Vegas for a sham marriage, but surprising chemistry blossoms and Gage must decide what’s worth more: the land he’s always coveted or a future with Charlotte. Her New Worst Enemy: Ellie Holdsworthy is willing to do anything save her BFF from marrying the wrong man—even suck up to playboy Gideon DeLancy to hold an intervention at his Georgian manor. When they unexpectedly embark on a torrid weekend affair, it should be the easiest thing in the world to walk away from. So why are they finding it so difficult? Christmas Clash: Candace Ellison is determined to stop the city council’s new convention center project from demolishing her flower shop, even if it means joining forces with annoying pub owner Luke Carrigan. Will this Christmas bring miracles or the destruction of everything these old rivals love? An Outback Affair: Cassie will fight to the end for Sam, the nephew she has raised since her sister died. But now Sam’s uncle, Joel Caine, has arrived to claim custody and take the boy to Western Australia. How can she win on his territory—and deny her growing attraction for the totally hot Joel? Enlisted by Love: Ex-army officer Matthew Blake is eager to start a new career, until he comes up against the most challenging obstacle he’s ever encountered: Greta Ferguson, the interior designer who challenges his every order. Fearless Love: Jake Colt has no interest in handling the Carmichael winery acquisition, until sparks fly with the captivating Madison Carmichael. But she refuses to let this interloper take what belongs to her family, no matter what passions he stirs in her heart. Find Me: Amanda Gillespie never bargained on seeing her old colleague Jackson Holstenar after their complicated relationship ended. Now he’s in the weird position of trying to help her become his best pal’s ideal girl. With a little help from fate, these two confused hearts might just find a way back to each other for good. Ringing in Love: Entrepreneur Catherine Bennett reluctantly leases some office space in womanizing Dominic Russo’s building. When he offers her an irresistible chance at winning a huge contract if she partners with his company, Catherine wonders if it’s worth mixing business with pleasure this once.