The Restoration and the England of Charles II 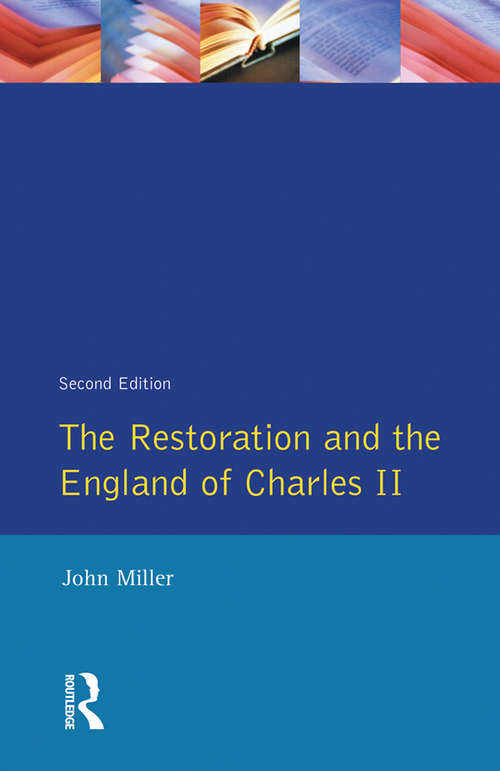 This key Seminar Study was first published as Restoration England: The Reign of Charles II in 1985. Unavailable for several years, the book has now been heavily revised, and expanded, to take account of over ten years of new scholarship. In particular, the Second Edition reflects new work done on political parties, the constitution, taxation, the church, and the legacy of the civil wars. As ever primary documents illustrate points raised in the text and an extensive bibliography directs readers to further reading. New for this edition is a chronology of the main events in Charles II's reign which, given the thematic treatment of the reign, readers are likely to find particularly useful.

When Charles II was restored to the throne in 1660 the event was widely greeted as a return to normal after the upheavals of civil war. In this short study Professor John Miller explores how far this was true and how far the civil wars had, in fact, weakened (or strengthened) the monarchy. The book divides neatly into two: in the first part the 'Restoration Settlement' of 1660-4 is examined in detail; and, in the second, the salient features of government, politics and religion under Charles II are considered, seeking to show how well the restored regime worked in practice. Throughout, complex issues of change over time are explained as clearly and concisely as possible and the Restoration is placed in the wider context of the development of England in the seventeenth century.