The Dangerous Case of Donald Trump 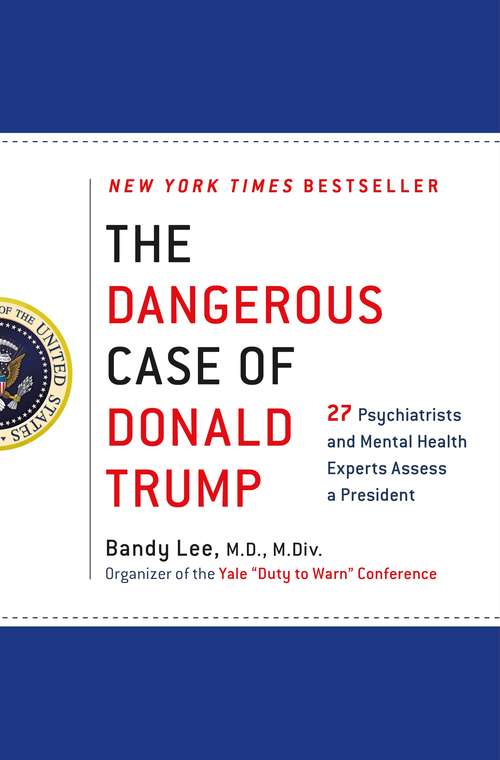 More than two dozen psychiatrists and psychologists offer their consensus view that Trump's mental state presents a clear and present danger to our nation and individual well-being.This is not normal.Since the start of Donald Trump’s presidential run, one question has quietly but urgently permeated the observations of concerned citizens: What is wrong with him?

Constrained by the American Psychiatric Association’s “Goldwater rule,” which inhibits mental health professionals from diagnosing public figures they have not personally examined, many of those qualified to answer this question have shied away from discussing the issue at all. The public has thus been left to wonder whether he is mad, bad, or both.

In THE DANGEROUS CASE OF DONALD TRUMP, twenty-seven psychiatrists, psychologists, and other mental health experts argue that, in Mr. Trump’s case, their moral and civic “duty to warn” America supersedes professional neutrality. They then explore Trump’s symptoms and potentially relevant diagnoses to find a complex, if also dangerously mad, man.Philip Zimbardo and Rosemary Sword, for instance, explain Trump’s impulsivity in terms of “unbridled and extreme present hedonism.” Craig Malkin writes on pathological narcissism and politics as a lethal mix. Gail Sheehy, on a lack of trust that exceeds paranoia. Lance Dodes, on sociopathy. Robert Jay Lifton, on the “malignant normality” that can set in everyday life if psychiatrists do not speak up.

His madness is catching, too. From the trauma people have experienced under the Trump administration to the cult-like characteristics of his followers, he has created unprecedented mental health consequences across our nation and beyond.It’s not all in our heads. It’s in his.