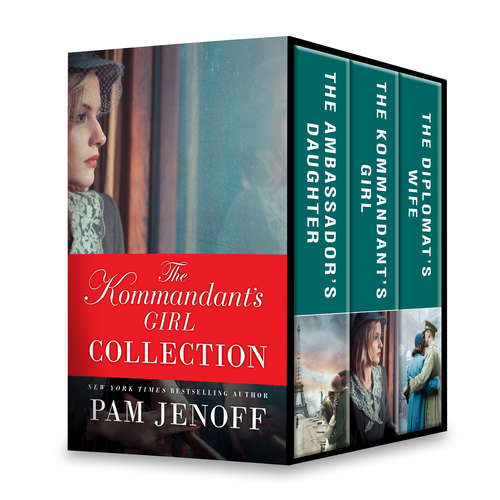 Don’t miss these three remarkable novels of sacrifice, survival and the unimaginable choices women had to make in a time of war, from the New York Times bestselling author of The Orphan’s Tale.THE AMBASSADOR’S DAUGHTERParis, 1919. The world’s leaders have gathered to rebuild from the ashes of the Great War. But for one woman, the City of Light harbors dark secrets and dangerous liaisons, for which many could pay dearly. Brought to the peace conference by her father, a German diplomat, Margot Rosenthal initially resents being trapped in the congested French capital, where she is still looked upon as the enemy. But Margot strikes up unlikely alliances: with Krysia, an accomplished musician with radical acquaintances and a secret to protect; and with Georg, the handsome, damaged naval officer who gives Margot a job—and also a reason to question everything she thought she knew about where her true loyalties should lie.THE KOMMANDANT’S GIRLIn this groundbreaking debut novel, nineteen-year-old Emma Bau is forced to disappear underground when Nazi tanks thunder into her native Poland, leaving her imprisoned within the city’s decrepit Jewish ghetto. But then, in the dead of night, the resistance smuggles her out to live in Krakow, where she takes on a new identity as Anna Lipowski, a gentile. Emma’s already precarious situation is complicated when Kommandant Richwalder, a high-ranking Nazi official, hires her to work as his assistant. At the urging of the resistance, she begins to use her position to access details of the Nazi occupation. As the atrocities of war intensify, Emma takes increasing risks to help the resistance, building to a climax that will risk not only her double life, but also the lives of those she loves.THE DIPLOMAT’S WIFE1945. Surviving the brutality of a Nazi prison camp, Marta Nederman is lucky to have escaped with her life. Recovering from the horror, she meets Paul, an American soldier who gives her hope of a happier future. But their plans to meet in London are dashed when Paul’s plane crashes.Devastated and pregnant, Marta marries Simon, a caring British diplomat, and glimpses the joy that home and family can bring. But her happiness is threatened when she learns of a Communist spy in British intelligence, and that the one person who can expose the traitor is connected to her past.