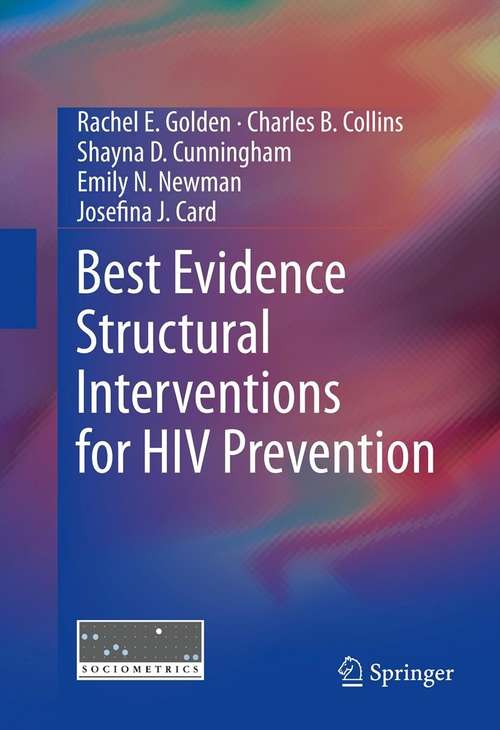 Providing detailed information on structural HIV prevention interventions, this book is intended for health care practitioners and researchers to plan, implement, and evaluate such interventions in their own communities. As defined by the CDC, structural interventions focus on the physical, social, cultural, political, economic, legal, and/or policy aspects of the environment. Designed to reach a large number of individuals, structural interventions usually occur across entire communities, cities, or countries. As a result, the resources required to initiate structural interventions can far exceed those required for smaller-scale behavioral programs. However, changes from structural interventions have the potential to last over time, even after the programs have ended, resulting in effective use of public and private prevention resources. Because the reach of structural interventions is typically larger than that of individual- or group-focused interventions (for example, the 100% Condom Use Program, which was implemented countrywide in Thailand), their influence may be equally--if not more--significant.This book is a resource for health practitioners, educators, and researchers who seek HIV/AIDS structural prevention programs that have been shown to be effective in their regions or for their target populations (e.g. injection drug users, commercial sex workers, or the general public). With extensive case studies, the book classifies interventions according to the desired outcomes (specific behavior or policy changes) so that the reader may focus on examples of programs with similar goals and target populations to their own. Addresses the quintessential public health ethical dilemma regarding which types of environmental changes should be mandatory via legislation and which should be voluntary, promoted via programmatic, practice, and policy change.