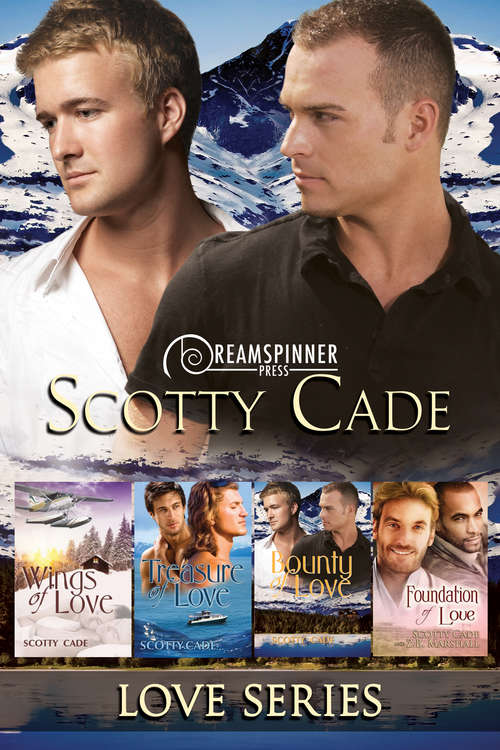 Love can bloom in the most unusual places….

In Wings of Love, Dr. Bradford Mitchell flees to Alaska to escape the devastating memories of his deceased partner, but can he let go of the past soon enough to embrace a future with pilot and friend Mac Cleary? In Treasure of Love, dive master and charter boat captain Jackson Cameron finds himself questioning his sexuality when openly gay treasure hunter Dax Powers hires him, but if they want to keep their new-found treasure, they’ll have to fight to keep the crew safe.

In Bounty of Love, Zander Walsh wakes up from coma only to find his fiancé and parents dead in an apparent robbery gone wrong. FBI Agent Jake Elliot is doing his best to find the murderer, but as the months pass—and unexpected feelings grow between them—it becomes clear that someone is doing their best to keep them from finding the truth.

Finally, in Foundation of Love, co-written with Z.B. Marshall, Wes Stanhope has spent years running from his father’s controlling ways, but when his mother dies, leaving behind one last wish, he finds himself back under his thumb. His attraction to architect Ty Williams—and Ty’s refusal to hide in the closet—just might be enough to make him fight back.See excerpt for individual blurbs.