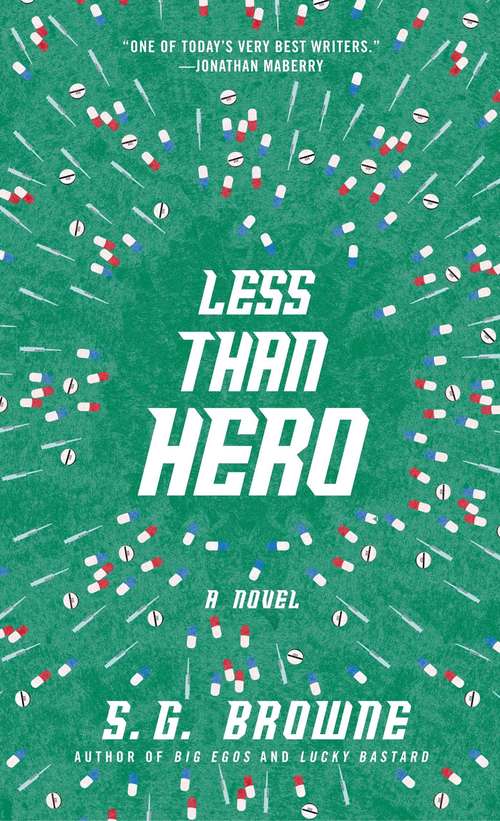 With the razor-sharp satire that earned him rave reviews for Big Egos and Lucky Bastard, among others, S.G. Browne delivers another irresistible read, about an unlikely band of heroes who use their medical complications to gain fame, confront villains, and bring their own unique brand of justice to New York City.Faster than a spreading rash! More powerful than dry heaves! Able to put villains to sleep with a single yawn! Convulsions. Nausea. Headaches. Sudden weight gain. For the pharmaceutical soldiers on the front lines of medical science--volunteers who test experimental drugs for cash--these common side effects are a small price to pay to defend your right to life, liberty, and the pursuit of antidepressants. Lloyd Prescott, thirty-year-old professional guinea pig and victim of his own inertia, is the first to notice the bizarre, seemingly implausible consequences of years of testing not-quite-legal drugs: his lips go numb, he becomes overwhelmed with exhaustion, and instantly a stranger crumples into a slumbering heap before him. Under cover of night, Lloyd and his guinea pig friends band together to project their debilitating side effects onto petty criminals who prey upon the innocent. When a horrible menace with powers eerily similar to their own threatens the city, only one force can stop this evil: the handful of brave men who routinely undergo clinical trials. "One of America's best satiric novelists" (Kirkus Reviews), S. G. Browne fills the prescription for a hilarious and biting commentary on our overmedicated society. Citizens, rest assured that tonight, no matter your ailment--anxiety, depression, super villains--there's a pill to save the day.