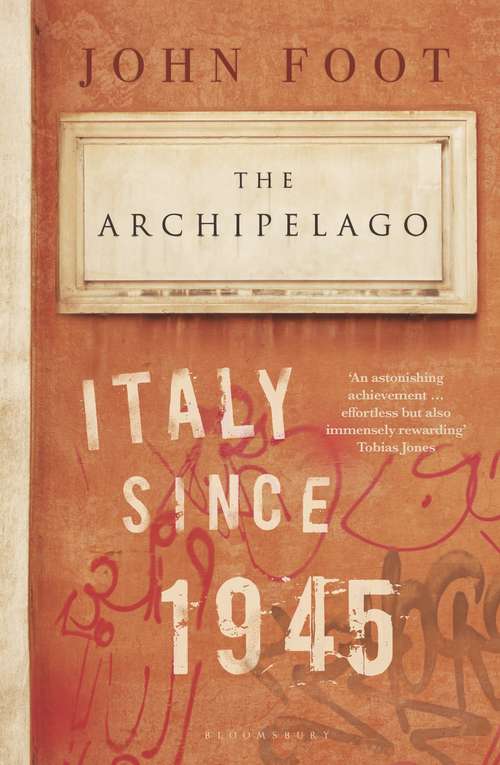 In The Archipelago, acclaimed historian John Foot chronicles Italy's tumultuous history from the post-war period to the present. From the silent assimilation of fascists into society after 1945 to the troubling reign of Silvio Berlusconi, and from the artistic peak of neorealist cinema to the celebration of Italy's 150th birthday in 2011, he examines both the corrupt and celebrated sides of the country.

While often portrayed as a failed state on the margins of Europe, Italy has instead been at the centre of innovation and change – a political laboratory. Through stories of trials, TV programmes, songs and football matches, moments of violence and beauty, epochal social transformation and suffocating continuities, this new history tells the fascinating story of a country always marked by scandal but with the constant ability to re-invent itself.

Comprising original research and lively insights, The Archipelago chronicles the crises and modernisations of over seventy years of post-war Italy, from its fields, factories, squares and housing estates to the political intrigue of Rome.