The Politics and Power of Tourism in Palestine 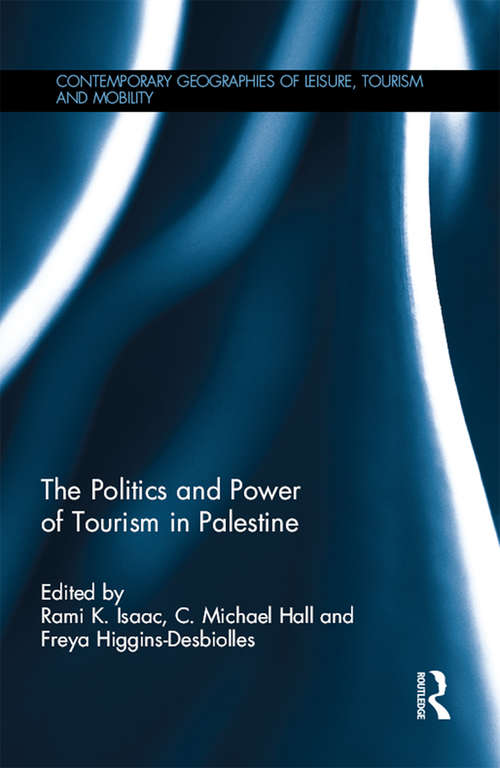 Tourism in Palestine has been receiving an increasingly important profile given its economic and religious importance and the significant role it plays in Israeli-Palestinian relations, representation of Palestinian statehood and identity, and wider Middle Eastern politics. Nevertheless, Palestine, like much of the Middle East as a whole, remains extremely underrepresented in tourism literature. This title aims to fill this void by being the first book dedicated to exploring the significance of tourism in relationship to Palestine.

The book examines the role of tourism in Palestine at three main levels. First, it provides an overview of destination management and marketing issues for the tourism industry in Palestine and addresses not only the visitor markets and the economic significance of tourism but also the realities of the difficulties of destination management, marketing and promotion of the Palestinian state. Second, it provides a series chapters and case studies that interrogate not only the various forms of tourism in Palestine but also its economic, social, environmental and spiritual importance. This section also conveys a dimension to tourism in Palestine that is not usually appreciated in the Western mainstream media. The third section indicates the way in which tourism in Palestine highlights broader questions and debates in tourism studies and the way in which travel in the region is framed in wider discourses. A significant dimension of the book is the attention it gives to the different voices of stakeholders in Palestinian tourism at varying levels of scale.

This timely volume will offer the reader significant insight into the challenges and issues of tourism in this area now and in the future. It will benefit those interested in tourism, Middle East studies, politics, economics, development studies and geography.