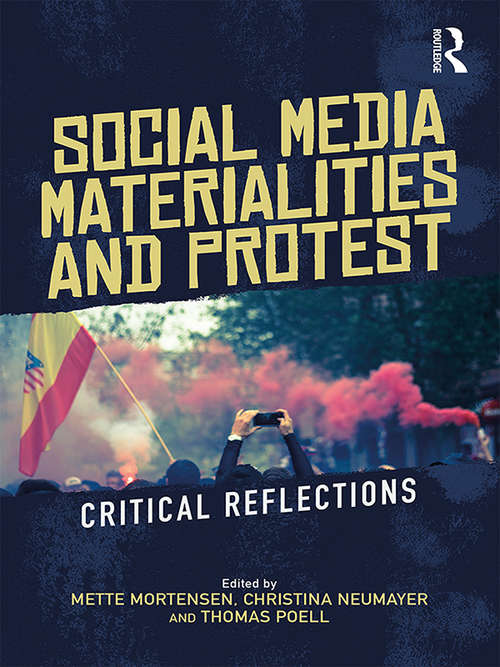 Far from being neutral, social media platforms – such as Facebook, Twitter, YouTube, and WeChat – possess their own material characteristics, which shape how people engage, protest, resist, and struggle. This innovative collection advances the notion of social media materialities to draw attention to the ways in which the wires and silicon, data streams and algorithms, user and programming interfaces, business models and terms of service steer contentious practices and, inversely, how technologies and economic models are handled and performed by users. The key question is how the tension between social media’s techno-commercial infrastructures and activist agency plays out in protest. Addressing this, the volume goes beyond singular empirical examples and focuses on the characteristics of protest and social media materialities, offering further conceptualizations and guidance for this emerging field of research. The various contributions explore a wide variety of activist projects, protests, and regions, ranging from Occupy in the USA to environmental protests in China, and from the Mexican Barrio Nómada to the Copenhagen-based activist television channel TV Stop (1987–2005).