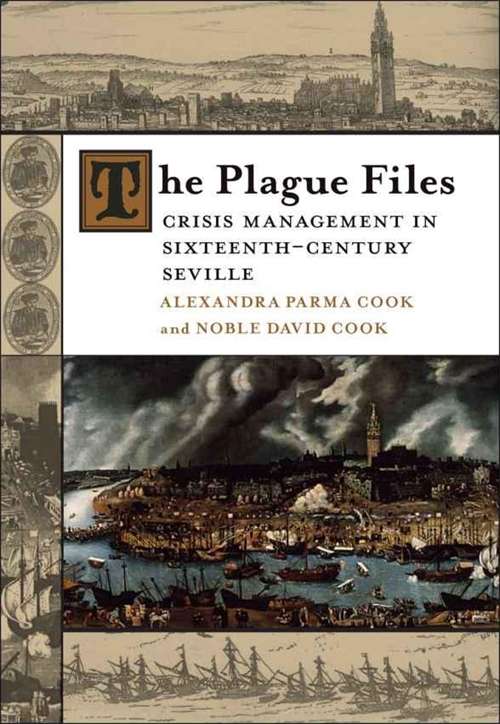 In the first half of the 1580s, Seville, Spain, confronted a series of potentially devastating crises. In three years, the city faced a brush with deadly contagion, including the plague; the billeting of troops in preparation for Philip II's invasion of Portugal; crop failure and famine following drought and locust infestation; an aborted uprising of the Moriscos (Christian converts from Islam); bankruptcy of the municipal government; the threat of pollution and contaminated water; and the disruption of commerce with the Indies. While each of these problems would be formidable on its own, when taken together, the crises threatened Seville's social and economic order. In The Plague Files, Alexandra Parma Cook and Noble David Cook reconstruct daily life during this period in sixteenth-century Seville, exposing the difficult lives of ordinary men, women, and children and shedding light on the challenges municipal officials faced as they attempted to find solutions to the public health emergencies that threatened the city's residents. Filling several gaps in the historiography of early modern Spain, this volume offers a history of not only Seville's city government but also the medical profession in Andalusia, from practitioner nurses and barber surgeons (who were often the first to encounter symptoms of plague) to well-trained university physicians. All levels of society enter the picture -- from slaves to the local aristocracy. Drawing on detailed records of city council deliberations, private and public correspondence, reports from physicians and apothecaries, and other primary sources, Cook and Cook recount Seville's story in the words of the people who lived it -- the city's governor, the female innkeepers charged with reporting who recently died in their establishments, the physicians who describe the plague victims' symptoms. As Cook and Cook's detailed history makes clear, in spite of numerous emergencies, Seville's bureaucracy functioned with relative normality, providing basic services necessary for the survival of its citizens. Their account of the travails of 1580s Seville provides an indispensable resource for those studying early modern Spain.