From Pigeons to News Portals 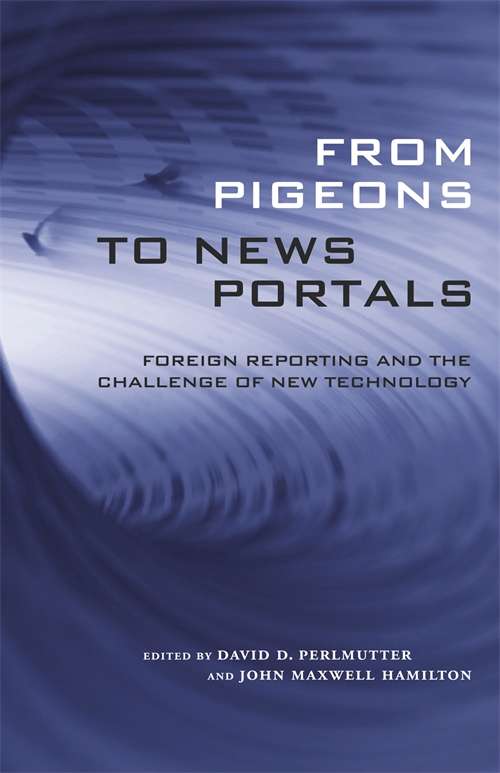 Ever since the invention of the telegraph, journalists have sought to remove the barriers of time and space. Today, we readily accept that reporters can jet quickly to a distant location and broadcast instantly from a satellite-connected, video-enabled cell phone hanging from their belts. But now that live news coverage is possible from virtually anywhere, is foreign correspondence better? And what are the implications of recent changes in journalistic technology for policy makers and their constituents? In From Pigeons to News Portals, edited by David D. Perlmutter and John Maxwell Hamilton, scholars and journalists survey, probe, and demystify the new foreign correspondence that has emerged from rapidly changing media technology. These distinguished authors challenge long-held beliefs about foreign news coverage, not the least of which is whether, in our interconnected world, such a thing as "foreign news" even exists anymore. Essays explore the ways people have used new media technology -- from satellites and cell phones to the Internet -- to affect content, delivery modes, and amount and style of coverage. They examine the ways in which speedy reporting conflicts with in-depth reporting, the pros and cons of "parachute" journalism, the declining dominance of mainstream media as a source of foreign news, and the implications of this new foreign correspondence for foreign policy. Entertainment media such as film, television, and video gaming form worldwide opinions about America, often in negative ways. Meanwhile, live reporting abroad is both a blessing and curse for foreign policy makers. Because foreign news is so vital to effective policy making and citizenship, we imperil our future by failing to understand the changes technology brings and how we can wrest the best practice out of those changes. This provocative volume offers valuable insights and analyses to help us better understand the evolving state of foreign news.