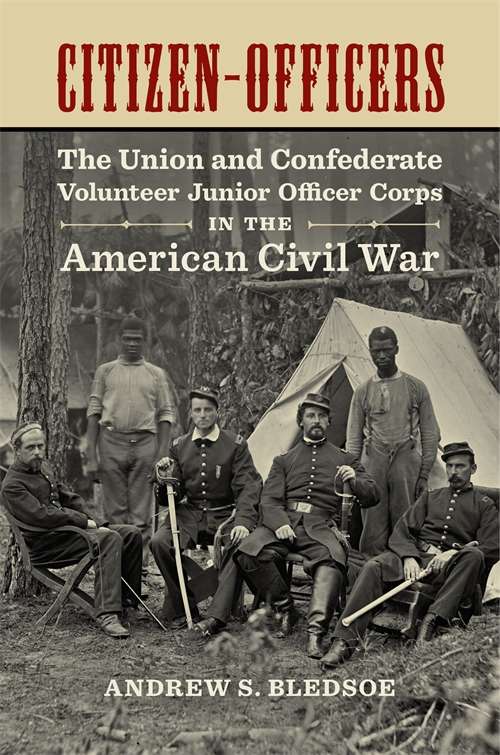 From the time of the American Revolution, most junior officers in the American military attained their positions through election by the volunteer soldiers in their company, a tradition that reflected commitment to democracy even in times of war. By the outset of the Civil War, citizen-officers had fallen under sharp criticism from career military leaders who decried their lack of discipline and efficiency in battle. Andrew S. Bledsoe's Citizen­-Officers explores the role of the volunteer officer corps during the Civil War and the unique leadership challenges they faced when military necessity clashed with the antebellum democratic values of volunteer soldiers.

Bledsoe's innovative evaluation of the lives and experiences of nearly 2,600 Union and Confederate company-grade junior officers from every theater of operations across four years of war reveals the intense pressures placed on these young leaders. Despite their inexperience and sometimes haphazard training in formal military maneuvers and leadership, citizen-officers frequently faced their first battles already in command of a company. These intense and costly encounters forced the independent, civic-minded volunteer soldiers to recognize the need for military hierarchy and to accept their place within it. Thus concepts of American citizenship, republican traditions in American life, and the brutality of combat shaped, and were in turn shaped by, the attitudes and actions of citizen-officers.

Through an analysis of wartime writings, post-war reminiscences, company and regimental papers, census records, and demographic data, Citizen­-Officers illuminates the centrality of the volunteer officer to the Civil War and to evolving narratives of American identity and military service.