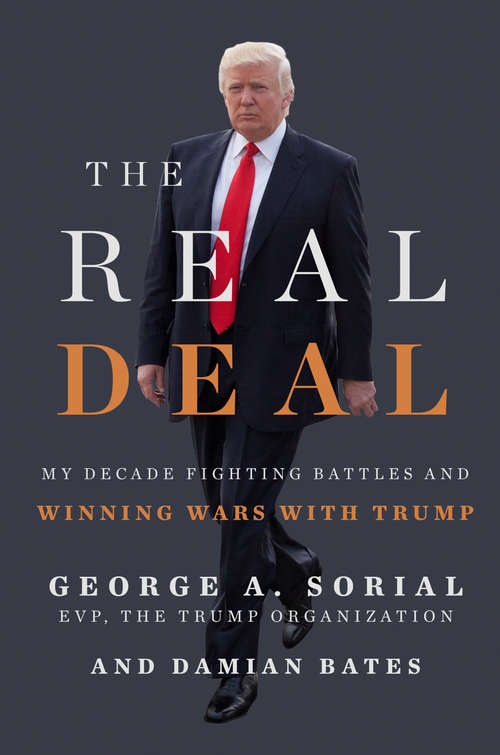 By: George A. Sorial • Damian Bates
Login
Sign Up

Remember when Trump was a great boss, a great father, and a great businessman, before the liberal media rewrote that narrative? That’s still the real Trump.Longtime Trump Organization executive and attorney George A. Sorial saw the real Trump firsthand, from the early days of The Apprentice to the passing of power to the younger generation before the inauguration. He learned from his boss how to use chaos, the media, and a single-minded focus to achieve things everyone else said were impossible.He learned how to predict what the world’s least predictable leader would do next.In The Real Deal, George A. Sorial and Damian Bates, a former newspaper editor who has covered Trump for years, explain the forty-fifth president’s business and political strategies in detail. Often what looks complicated is just a man giving the people what he wants. For instance, why would Trump run for president, when winning would be a financial disaster for him? He was forced to set aside his TV contracts and international expansion, costing him hundreds of millions of dollars. The answer is: because everyone he talked to wanted him to run to make America great again. In this book we see a man barely recognizable from the media’s depiction. We see the deliberate and cunning reasons he scolds people, gets impatient with complicated briefings, hires neophytes, and starts fights in the media. We also see a boss who was hard-working, fun, well read, generous with opportunities, and endlessly interested in outside opinions. The mainstream media has tried to undermine the president at every turn by spreading lies about his management abilities, his negotiation style, and his business success. Now, in The Real Deal, George A. Sorial and Damian Bates explain how Trump’s unusual style worked so well for decades—and how it’s working better in the White House than anyone realizes.