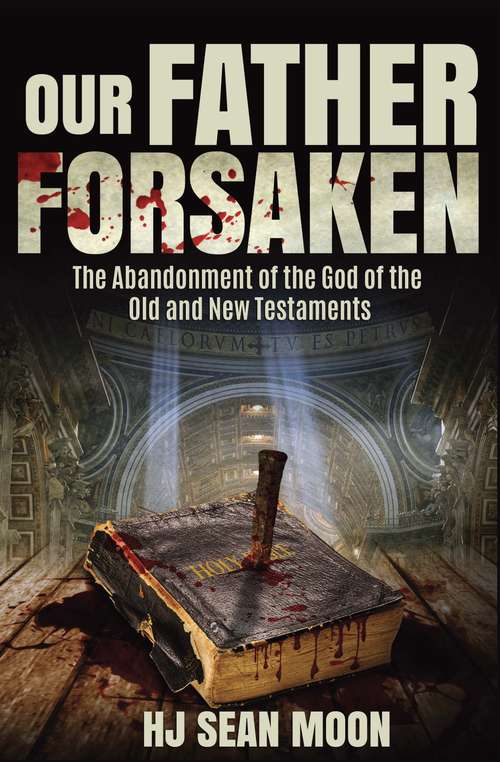 Bold and forceful in its condemnation of contemporary religion, Our Father Forsaken is a meticulously researched work that demands the attention of all Jews and Christians who seek the truth. In 120 A.D., Marcion of Sinope, a charismatic preacher, appeared in Rome to reveal the "hidden" teachings of Jesus. The real Jesus, according to Marcion, was a pure spirit sent from the highest God to free mankind from the clutches of the evil God of the Old Testament, a lesser deity among the thousands of celestial beings. The disparity between the God of Moses and the God of Jesus, Marcion maintained, was obvious with rational comparison of Old and New Testaments.The God of the Old Testament demanded "an eye for an eye, and a tooth for a tooth," while Jesus said: "Do not resist an evil person. If someone strikes you on the right cheek, turn to him the other also." Although Marcion was drummed out of Rome in disgrace, his movement never died and it crystallized into the religion of Freemasonry. In the 19th Century, Marcionism was embraced by the German rationalists and made its way into contemporary Christianity. Such rationalists argued that the Torah had been composed not by Moses but a host of sources and could not be accepted as authentic. The New Testament, they argued, was equally unreliable. It was composed not by eyewitnesses but editors and that the gospel accounts had been subjected to the process of myth-making. The theology of the rationalists was taught in every leading Catholic and Protestant seminary in the United States. Since the scriptures were "contradictory" and a product of primitive times, students of religion were taught that Christian doctrine should be centered, on the "social gospel"—a gospel stripped of all supernatural elements and all passages deemed offensive to modern sensibilities. The result has been the creation of a religion that is devoid of the ambiguity and precariousness of life, of the awe before the divine majesty, and the judgment before the ineffable holiness.