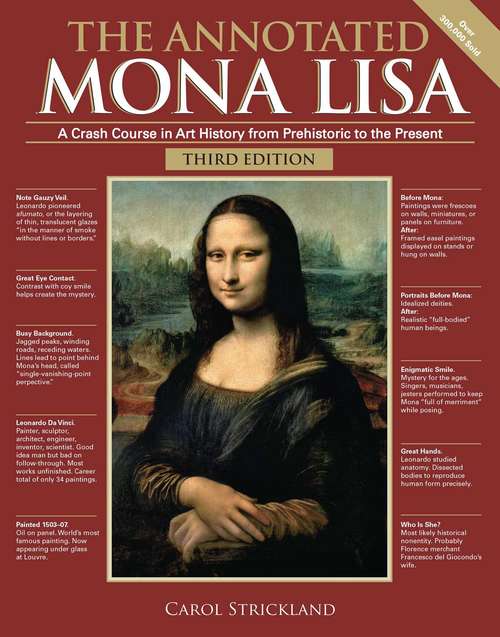 It's a paradox of American culture. Throughout the country, in every major city, art museums stand as our proudest, most venerated public institutions - the world's great art, there for all to see. Yet for many Americans, the world of "Art" remains inaccessible, lost in a fog of jargon and theories that can make the artwork itself seem hopelessly remote.

The Annotated Mona Lisa demystifies art history. It's a brisk, clearly stated survey, from cave painting to conceptual art, that doesn't talk down to its reader and doesn't assume a prior art education. And, most important, it never bores. Dynamic design, with succinct, page-length essays, frequent sidebars, and abundant color illustrations incorporated into the text, make The Annotated Mona Lisa a browser's delight, as well as an authoritative reference that can be read from cover to cover.

Sections on ancient and medieval art emphasize context and historical relevance: What kind of people did it take to build the Egyptian pyramids? How has their work influenced the architecture of today? Sections on Renaissance and Baroque art, the nineteenth century, and the modern era touch on all the major figures of the times, while continuing to explain the cultural context out of which the art evolved. A time line at the beginning of each section ties it all together, noting the significant historical events that shaped the art world and the world at large.