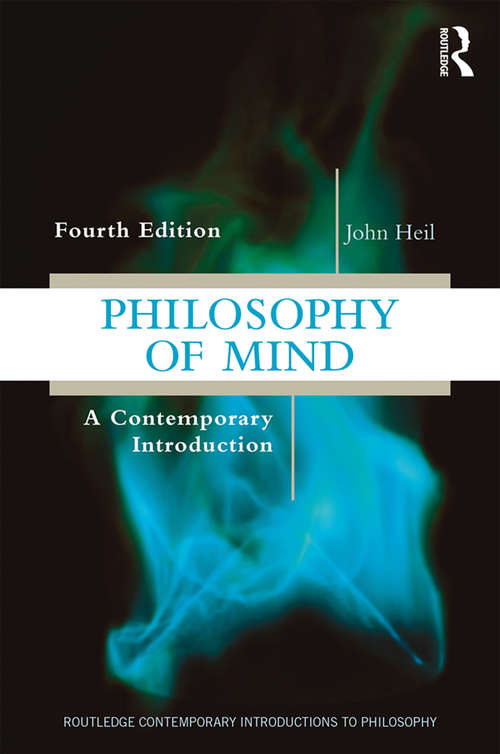 The book is intended as a reader-friendly introduction to issues in the philosophy of mind, including mental–physical causal interaction, computational models of thought, the relation minds bear to brains, and assorted -isms: behaviorism, dualism, eliminativism, emergentism, functionalism, materialism, neutral monism, and panpsychism. The Fourth Edition reintroduces a chapter on Donald Davidson and a discussion of ‘Non-Cartesian Dualism’, along with a wholly new chapter on emergence and panpsychism. A concluding chapter draws together material in earlier chapters and offers what the author regards as a plausible account of the mind’s place in nature. Suggested readings at the conclusion of each chapter have been updated, with a focus on accessible, non-technical material.

Key Features of the Fourth Edition

Reintroduces and updates a chapter on Donald Davidson, 'Radical Interpretation' (Chapter 8), which was excised from the previous edition

Includes a highly revised final chapter, which draws together much of the previous material and sketches a plausible account of the mind’s place in nature

Updated 'Suggested Reading' lists at the end of each chapter