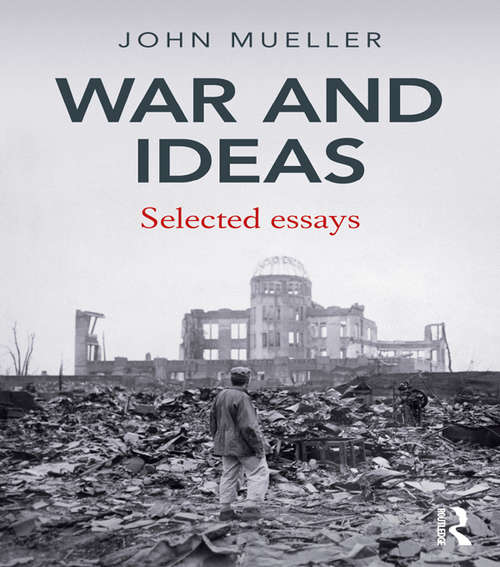 This book collects the key essays, together with updating notes and commentary, of Professor John Mueller on war and the role of ideas and opinions.

Mueller has maintained that war (and peace) are, in essence, merely ideas, and that war has waned as the notion that 'peace' is a decidedly good idea has gained currency. The first part of the book extends this argument, noting that as ideas have spread, war is losing out not only in the developed world, but now in the developing one, and that even civil war is in marked decline. It also assesses and critiques theories arguing that this phenomenon is caused by the rising acceptance of democracy and/or capitalism.

The second part argues that the Cold War was at base a clash of ideas that were seen to be threatening, not of arms balances, domestic systems, geography, or international structure. It also maintains that there has been a considerable tendency to exaggerate security threats—currently, in particular, the one presented by international terrorism—and to see them in excessively military terms.

The third section deals with the role public opinion plays in foreign policy, and argues that many earlier conclusions about opinion during the Korean and Vietnam Wars, including especially ones concerning the importance of casualties in determining popular support for war, apply to more recent military ventures in the Persian Gulf, Bosnia, Iraq, and Afghanistan. It also assesses the difficulties leaders and idea entrepreneurs often encounter when they try to manage or manipulate public opinion.

This book will be of much interest to students of international relations, security studies, foreign policy and international history.