Democratisation, Governance and Regionalism in East and Southeast Asia 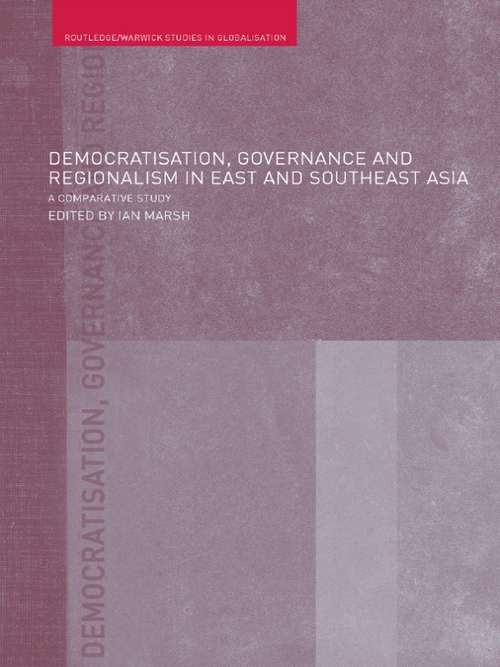 This new collection of essays compares the development of central institutions of governance in the emerging democracies of East and South East Asia.

Seven key countries are covered: Taiwan, Korea, Thailand, Singapore, Malaysia, Indonesia and the Philippines. Save for Singapore and Malaysia, all have democratized over the past decade. Because of its constitutive implications for citizen identities, democratization is arguably of even greater potential significance than the economic take-off that preceded it.

But there are distinctive features that give the experience of these seven states especial relevance. First, unlike analogous western patterns, democratic transitions in Asia have been top-down in character. Second, the implementation of basic democratic forms was highly compressed in time. Third there were (and are), in most countries, no major ideological or programmatic cleavages. Thus the bases around which contending political forces might organize are not immediately clear. This may affect the outlook for partisanship and mobilization. There has been no synoptic, comparative study of these developments on a region-wide scale. This book fills the gap extremely well.