Faces of Women and Aging 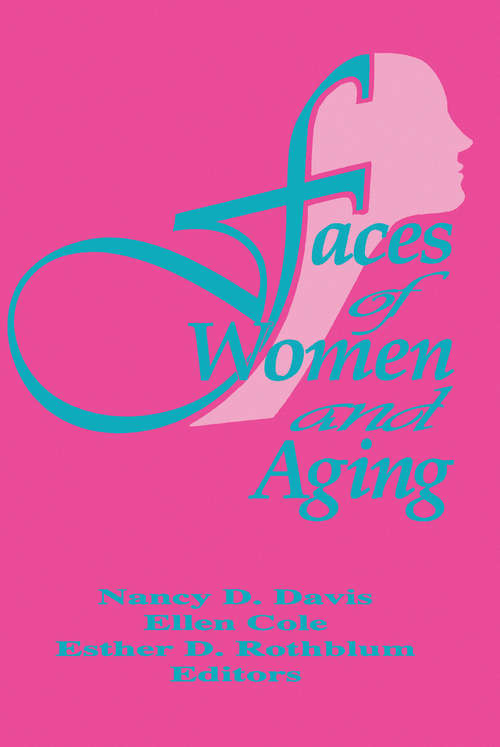 Discover the diverse ways aging women attempt to deal with the universal challenges of loss, sickness, and death along with the problems of being old women in a society that values women mainly as sexual partners or producers of children. Old women are often seen as poor, powerless, and pitiful in our sexist and youth-oriented society. The truth is that women age much more successfully than do men and they are increasingly in the majority as our population ages. These truths and others are presented in Faces of Women and Aging--a collection written by women, a number of whom are themselves older women who bring their unique life experiences and personalities to the topic.This uplifting book emphasizes that middle and old age are merely stages of growth and development, not just seasons of loss and decline as the end approaches. A wealth of topics are covered in Faces of Women and Aging that broaden the reader’s awareness of the problems of women and aging including:

how to maintain self-esteem in the face of sexism, ageism, and severe illness

the problems of being single or divorced in the later years

increased dependency brought on by illness and loss of partners Faces of Women and Aging combines personal narratives that serve as reminders of the human beings behind statistics and case studies with theoretical observations which help therapists assist older women cope with the daily hardships as well as the more catastrophic problems of aging.