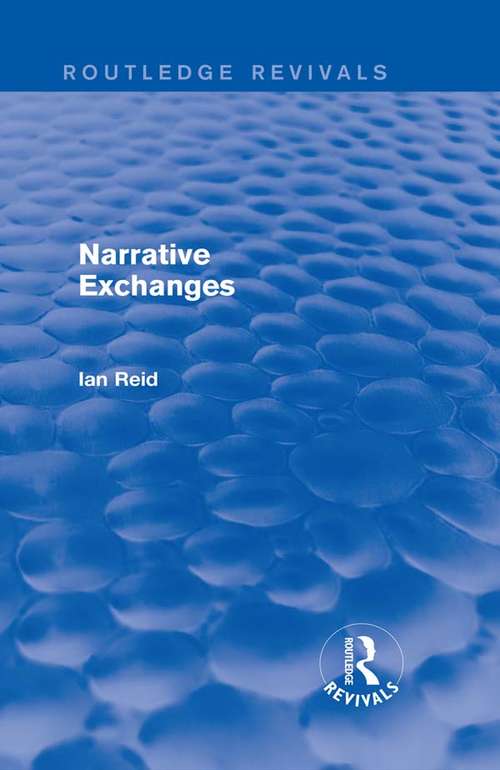 First published in 1992, Narrative Exchanges shows how a general model of communicative exchanges can be refined to deal with the complexities of narrative fiction. Going beyond the two-way structure of reciprocity, it gives particular attention to the processes of framing, substitution and dispossession by which written texts generate meaning. The title provides an innovative way of combining narrative and exchange theory, bringing the two areas of thought into a mutually critical relationship. Using a wide variety of narrative texts, literary and non-literary, canonical and non-canonical, authors discussed include Flaubert, Achebe, Mansfield, Boccaccio, Duras, Daudet, Moorhouse, DeLillo and Wordsworth.

Drawing on perspectives from anthropology, linguistics and education, and combining accessible readings with theoretical debate, Ian Reid makes a significant contribution to the debate about narrative theory.