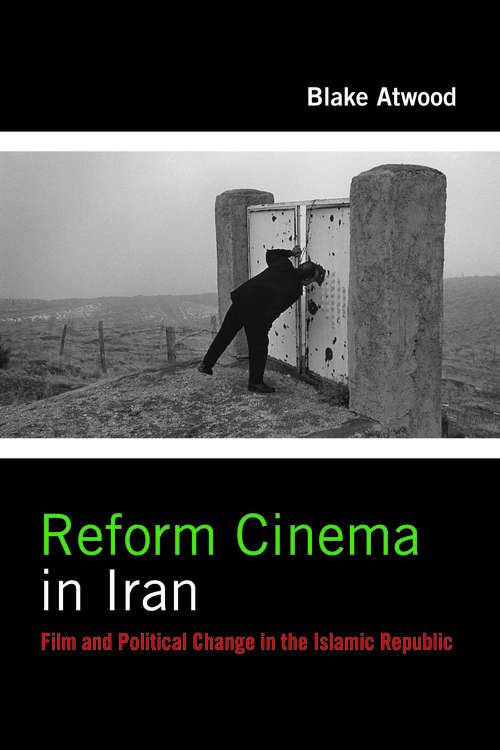 It is nearly impossible to separate contemporary Iranian cinema from the Islamic revolution that transformed film production in the country in the late 1970s. As the aims of the revolution shifted and hardened once Khomeini took power and as an eight-year war with Iraq dragged on, Iranian filmmakers confronted new restrictions. In the 1990s, however, the Reformist Movement, led by Mohammad Khatami, and the film industry, developed an unlikely partnership that moved audiences away from revolutionary ideas and toward a discourse of reform. In Reform Cinema in Iran, Blake Atwood examines how new industrial and aesthetic practices created a distinct cultural and political style in Iranian film between 1989 and 2007. Atwood analyzes a range of popular, art, and documentary films. He provides new readings of internationally recognized films such as Abbas Kiarostami's Taste of Cherry (1997) and Mohsen Makhmalbaf's Time for Love (1990), as well as those by Rakhshan Bani, Masud Kiami, and other key Iranian directors. At the same time, he also considers how filmmakers and the film industry were affected by larger political and religious trends that took shape during Mohammad Khatami's presidency (1997-2005). Atwood analyzes political speeches, religious sermons, and newspaper editorials and pays close attention to technological developments, particularly the rise of video, to determine their role in democratizing filmmaking and realizing the goals of political reform. He concludes with a look at the legacy of reform cinema, including films produced under Mahmoud Ahmadinejad, whose neoconservative discourse rejected the policies of reform that preceded him.