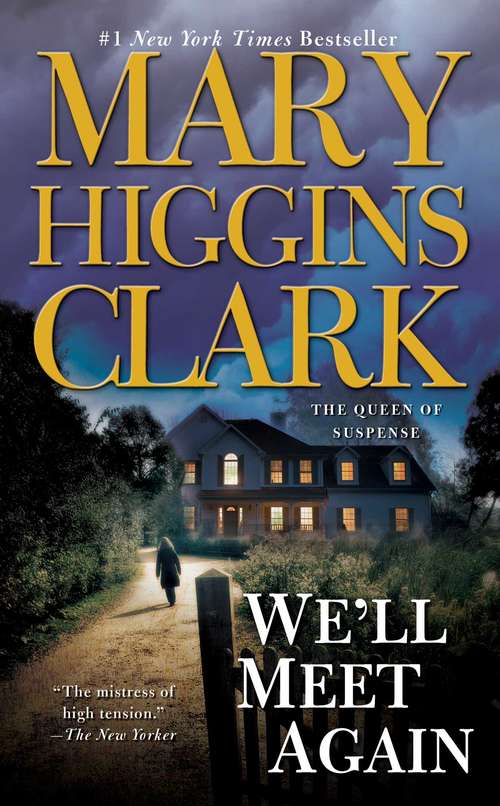 At the heart of Mary Higgins Clark's stunning new novel of suspense is a brutal murder: that of Gary Lasch, a respected and successful young Greenwich, Connecticut, doctor and hospital and HMO head. He was found dead at his desk at home, his skull crushed by a blow with a Remington bronze sculpture, a prized piece from his art collection. The news strikes Greenwich society like a thunderbolt -- as does the news that Molly Carpenter Lasch, the beautiful young wife of the slain doctor, has been arrested for her husband's murder. According to the trial testimony of her housekeeper, Molly had left home in a rage against her husband to go up to their house on Cape Cod. The morning after Molly's return, the housekeeper found Gary dead in his study and Molly upstairs in bed covered with blood. Nobody believes Molly's claim to have no memory of the events of the night of the crime -- not her parents, not her friends, not even her own lawyer -- and evidence against her is overwhelming. To escape an inevitable conviction she accepts a plea bargain, and subsequently her lawyer wins her early parole. A few years later, on Molly's release from prison, she reasserts her innocence in front of TV cameras and reporters gathered at the prison gate. Among them is an old acquaintance and schoolmate, Fran Simmons, currently working as an investigative reporter for the True Crime television series. Determined to prove her innocence. Molly convinces Fran to research and present a program on Gary's death. Despite her skepticism, Fran agrees to go ahead. In doing so, she has a second agenda -- to learn the truth about her own father's suicide some fourteen years earlier, on the very night she graduated from Greenwich's Cranden Academy, which both she and Molly attended. Struggling to keep up a lifestyle he couldn't afford, apparently Fran's father killed himself because he was about to be exposed as an embezzler, although no trace was ever found of how he spent the missing money. Fran, intent on assuaging Molly's doubts about her husband's death and her own gnawing questions about her father's suicide, soon finds herself enmeshed in a tangled web of intrigue and menace -- more deaths and more unanswered questions about Gary Lasch's murder. As her investigation proceeds into the private life of the dead physician, her father's alleged embezzlement, and the affairs of Remington Health Management, there are those who know they must make a choice: face ruin or eliminate Fran Simmons. We'll Meet Again is Mary Higgins Clark, "America's Queen of Suspense," at her chilling best.