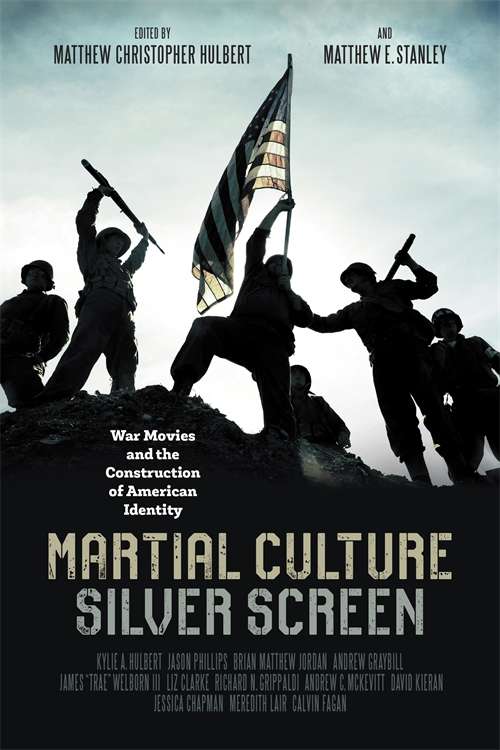 Martial Culture, Silver Screen analyzes war movies, one of the most popular genres in American cinema, for what they reveal about the narratives and ideologies that shape U.S. national identity. Edited by Matthew Christopher Hulbert and Matthew E. Stanley, this volume explores the extent to which the motion picture industry, particularly Hollywood, has played an outsized role in the construction and evolution of American self-definition.Moving chronologically, eleven essays highlight cinematic versions of military and cultural conflicts spanning from the American Revolution to the War on Terror. Each focuses on a selection of films about a specific war or historical period, often foregrounding recent productions that remain understudied in the critical literature on cinema, history, and cultural memory. Scrutinizing cinema through the lens of nationalism and its “invention of tradition,” Martial Culture, Silver Screen considers how movies possess the power to frame ideologies, provide social coherence, betray collective neuroses and fears, construct narratives of victimhood or heroism, forge communities of remembrance, and cement tradition and convention. Hollywood war films routinely present broad, identifiable narratives—such as that of the rugged pioneer or the “good war”—through which filmmakers invent representations of the past, establishing narratives that advance discrete social and political functions in the present. As a result, cinematic versions of wartime conflicts condition and reinforce popular understandings of American national character as it relates to violence, individualism, democracy, militarism, capitalism, masculinity, race, class, and empire.Approaching war movies as identity-forging apparatuses and tools of social power, Martial Culture, Silver Screen lays bare how cinematic versions of warfare have helped define for audiences what it means to be American.