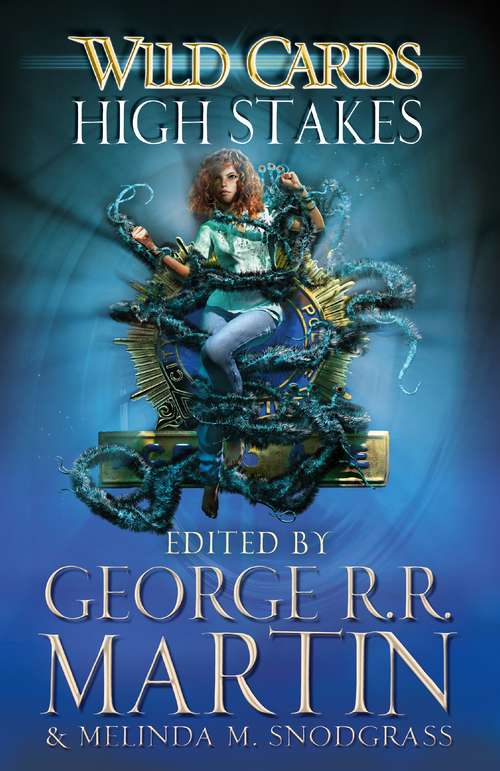 Perfect for old fans and new readers alike, High Stakes delves deeper into the world of aces, jokers, and the hard-boiled men and women of the Fort Freak police precinct in a pulpy, page-turning novel of superheroics and Lovecraftian horror. Since an alien virus swept through New York City, the world has changed. Those who survived were divided. The lucky ones transformed into aces - heroes gifted with extraordinary powers. The rest became jokers, tragically mutated and cursed with terrifying abilities. These days, the hard-bitten police of Manhattan's notorious Fifth Precinct - 'Fort Freak' - specialise in a very particular kind of criminal . . .Officer Francis Black, vigilante joker Marcus 'The Infamous Black Tongue' Morgan and ace thief Mollie 'Tesseract' Steunenberg are stuck in Kazakhstan. The coldblooded Baba Yaga is forcing jokers into an illegal fighting ring, but her hidden agenda is much darker: her fighters' deaths serve to placate a vicious monster from another dimension. And when the last line of defence against this world weakens, all hell will break loose - literally. The Committee in New York sends a team of aces to investigate. One by one, each falls victim to evil forces - including the dark impulses within themselves. Only the most unlikely of heroes stands a chance of saving the world before utter chaos erupts. Edited by #1 New York Times bestselling author George R. R. Martin, High Stakes features the writing talents of Melinda M. Snodgrass, John J. Miller, David Anthony Durham, Caroline Spector, Stephen Leigh and Ian Tregillis.Now in development for TV: rights to develop Wild Cards for TV have been acquired by Universal Cable Productions, the team that brought you The Magicians and Mr. Robot, with the co-editor of Wild Cards, Melinda Snodgrass as executive producer.