The Pity of War 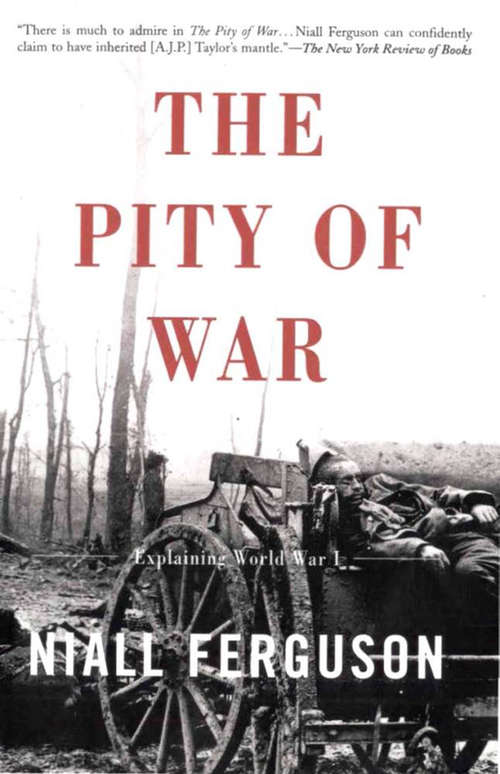 In The Pity of War, Niall Ferguson makes a simple and provocative argument: that the human atrocity known as the Great War was entirely England’s fault. Britain, according to Ferguson, entered into war based on naïve assumptions of German aims--and England’s entry into the war transformed a Continental conflict into a world war, which they then badly mishandled, necessitating American involvement. The war was not inevitable, Ferguson argues, but rather the result of the mistaken decisions of individuals who would later claim to have been in the grip of huge impersonal forces. That the war was wicked, horrific, inhuman,is memorialized in part by the poetry of men like Wilfred Owen and Siegfried Sassoon, but also by cold statistics. More British soldiers were killed in the first day of the Battle of the Somme than Americans in the Vietnam War; indeed, the total British fatalities in that single battle--some 420,000--exceeds the entire American fatalities for both World Wars. And yet, as Ferguson writes, while the war itself was a disastrous folly, the great majority of men who fought it did so with enthusiasm. Ferguson vividly brings back to life this terrifying period, not through dry citation of chronological chapter and verse but through a series of brilliant chapters focusing on key ways in which we now view the First World War. For anyone wanting to understand why wars are fought, why men are willing to fight them, and why the world is as it is today, there is no sharper nor more stimulating guide than Niall Ferguson’s The Pity of War.