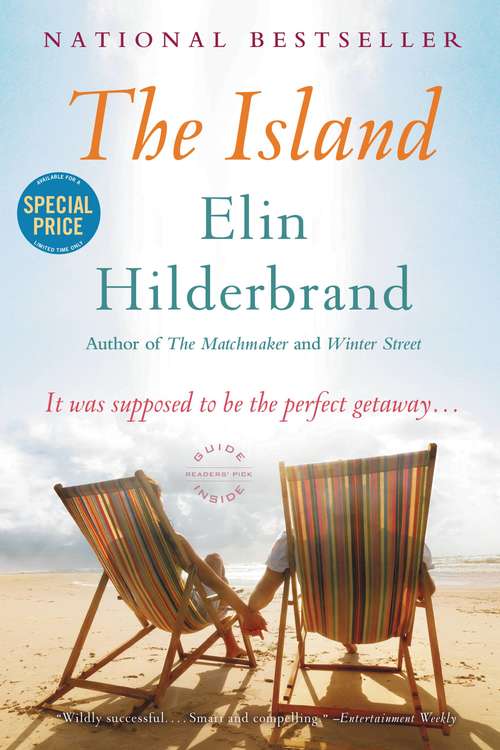 Birdie Cousins has thrown herself into the details of her daughter Chess's lavish wedding, from the floating dance floor in her Connecticut back yard to the color of the cocktail napkins. Like any mother of a bride-to-be, she is weathering the storms of excitement and chaos, tears and joy. But Birdie, a woman who prides herself on preparing for every possibility, could never have predicted the late-night phone call from Chess, abruptly announcing that she's cancelled her engagement. It's only the first hint of what will be a summer of upheavals and revelations. Before the dust has even begun to settle, far worse news arrives, sending Chess into a tailspin of despair. Reluctantly taking a break from the first new romance she's embarked on since the recent end of her 30-year marriage, Birdie circles the wagons and enlists the help of her younger daughter Tate and her own sister India. Soon all four are headed for beautiful, rustic Tuckernuck Island, off the coast of Nantucket, where their family has summered for generations. No phones, no television, no grocery store - a place without distractions where they can escape their troubles. But throw sisters, daughters, ex-lovers, and long-kept secrets onto a remote island, and what might sound like a peaceful getaway becomes much more. Before summer has ended, dramatic truths are uncovered, old loves are rekindled, and new loves make themselves known. It's a summertime story only Elin Hilderbrand can tell, filled with the heartache, laughter, and surprises that have made her page-turning, bestselling novels as much a part of summer as a long afternoon on a sunny beach. Bonus Material: An essay by Elin Hilderbrand Photos of the Author