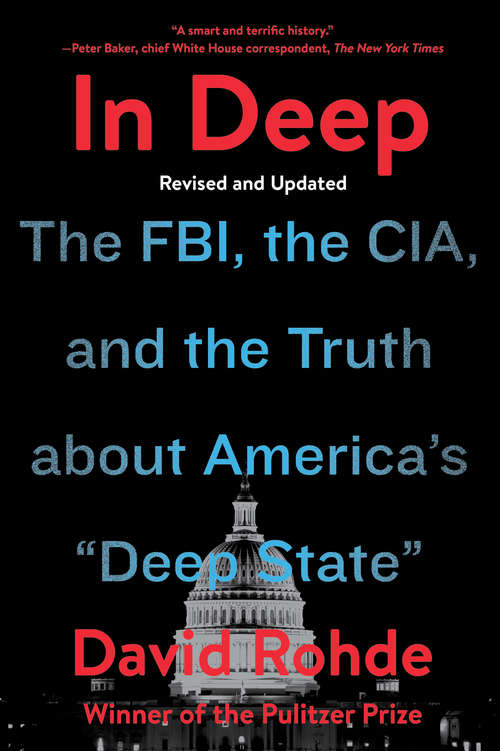 A two-time Pulitzer Prize–winning journalist’s investigation of the "deep state."

Three-quarters of Americans believe that a group of unelected government and military officials secretly manipulate or direct national policy in the United States. President Trump blames the "deep state" for his impeachment. But what is the American "deep state" and does it really exist?

To conservatives, the “deep state” is an ever-growing government bureaucracy, an "administrative state" that relentlessly encroaches on the individual rights of Americans. Liberals fear the "military-industrial complex"—a cabal of generals and defense contractors who they believe routinely push the country into endless wars. Every modern American president—from Carter to Trump—has engaged in power struggles with Congress, the CIA, and the FBI. Every CIA and FBI director has suspected White House aides of members of Congress of leaking secrets for political gain. Frustrated Americans increasingly distrust the politicians, unelected officials, and journalists who they believe unilaterally set the country’s political agenda. American democracy faces its biggest crisis of legitimacy in a half century.

This sweeping exploration examines the CIA and FBI scandals of the past fifty years—from the Church Committee’s exposure of Cold War abuses, to Abscam, to false intelligence about Iraq’s weapons of mass destruction, to NSA mass surveillance revealed by Edward Snowden. It then investigates the claims and counterclaims of the Trump era, and the relentless spread of conspiracy theories online and on-air. While Trump says he is the victim of the "deep state," Democrats accuse the president and his allies of running a de facto "deep state" of their own that operates outside official government channels and smears rivals, both real and perceived.

The feverish debate over the "deep state" raises core questions about the future of American democracy. Is it possible for career government officials to be politically neutral? Was Congress’s impeachment of Donald Trump conducted properly? How vast should the power of a president be? Based on dozens of interviews with career CIA operatives and FBI agents, In Deep answers whether the FBI, CIA, or politicians are protecting or abusing the public’s trust.