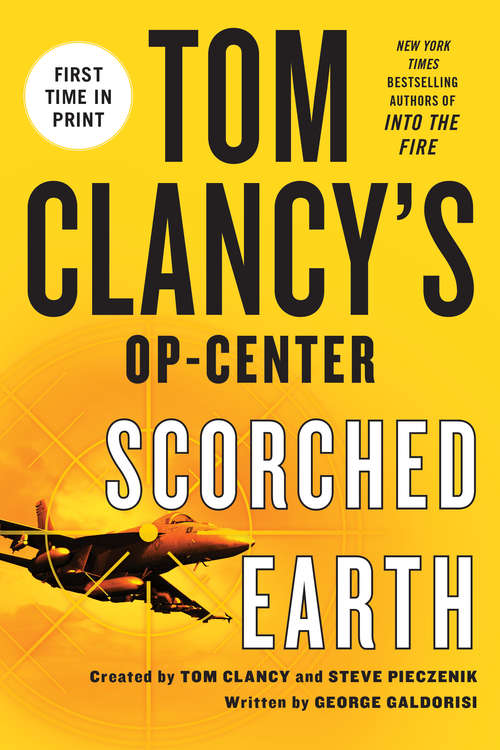 In this gripping thriller from the New York Times bestselling author of Out of the Ashes, an Islamic extremist is on a quest for vengeance after his only son is killed and it’s up to Op-Center to stop his lethal plot.

General Bob Underwood — a special presidential envoy for the Global Coalition to Counter ISIL — is en route to the Syrian city of al-Bukamal when a rocket-propelled grenade strikes the side of his Humvee and the heavily armored convoy comes under attack. The general’s bodyguard is brutally murdered, and Underwood himself is kidnapped. Hours later, the President and top officials watch in horror from the Oval Office, as the general is viciously beheaded by an ISIL leader — broadcast on live television through a direct feed from Al Jazeera.

The world is stunned by the bloody scene, but even more so that this supposedly loose-knit terrorist organization was able to orchestrate a lethal attack on the world’s most powerful military. American forces goes into high gear on land and sea to retaliate, but when the ISIS leader's son is killed in an American bombing raid, his rage knows no bounds and he determines to wreak vengeance on the American homeland itself.

With everything in the balance, Op-Center must assemble both its domestic strike force, as well as its international intervention force — built around a seasoned squad operating out of the secretive unit that captured Osama bin Laden — to stay one step ahead of a ruthless enemy.