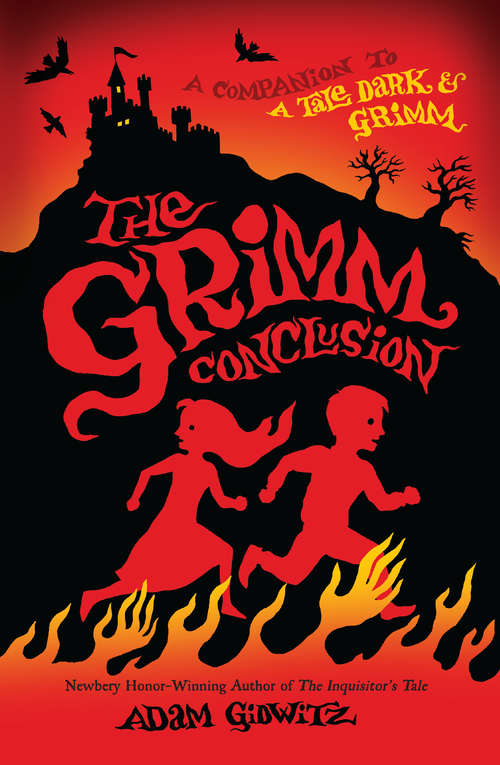 Once upon a time, fairy tales were grim. Cinderella's stepsisters got their eyes pecked out by birds. Rumpelstiltskin ripped himself in half. And in a tale called "The Mouse, the Bird, and the Sausage," a mouse, a bird, and a sausage all talk to each other. Yes, the sausage talks. (Okay, I guess that one's not that grim...) Those are the real fairy tales. But they have nothing on the story I'm about to tell. This is the darkest fairy tale of all. Also, it is the weirdest. And the bloodiest. It is the grimmest tale I have ever heard. And I am sharing it with you. Two children venture through forests, flee kingdoms, face ogres and demons and monsters, and, ultimately, find their way home. Oh yes, and they may die. Just once or twice. That's right. Fairy talesAreAwesome. * "If it ain't broke, don't fix it, and Gidwitz deploys his successful formula of bloody happenings and narratorial intrusion in his third and final installment of unexpurgated fairy tales. ... Underneath the gore, the wit, and the trips to Hell and back, this book makes it clearer than ever that Gidwitz truly cares about the kids he writes for." --Publishers Weekly starred review "Entertaining story-mongering, with traditional and original tropes artfully intertwined."--Kirkus Reviews"The conclusion to the trilogy that began with A Tale Dark and Grimm (2010) and continued with In a Glass Grimmly (2012, both Dutton) is equally gorey and awesomely dark. ... As innovative as they are traditional, the stories maintain clear connections with traditional Grimm tales while creatively connecting to the narrative, and all the while keeping the proceedings undeniably grisly and lurid. ... Readers will rejoice."-- School Library Journal