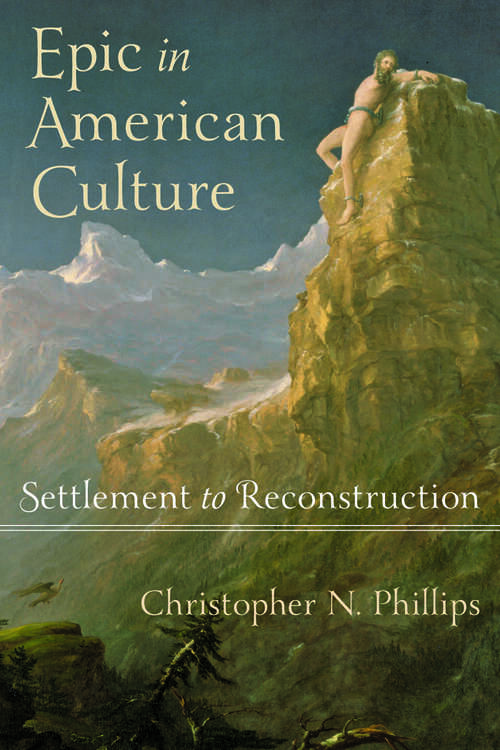 The epic calls to mind the famous works of ancient poets such as Homer, Virgil, and Ovid. These long, narrative poems, defined by valiant characters and heroic deeds, celebrate events of great importance in ancient times. In this thought-provoking study, Christopher N. Phillips shows in often surprising ways how this exalted classical form proved as vital to American culture as it did to the great societies of the ancient world.Through close readings of James Fenimore Cooper, Lydia Sigourney, Henry Wadsworth Longfellow, and Herman Melville, as well as the transcendentalists, Phillips traces the rich history of epic in American literature and art from early colonial times to the late nineteenth century. Phillips shows that far from fading in the modern age, the epic form was continuously remade to frame a core element of American cultural expression. He finds the motive behind this sustained popularity in the historical interrelationship among the malleability of the epic form, the idea of a national culture, and the prestige of authorship—a powerful dynamic that extended well beyond the boundaries of literature.By locating the epic at the center of American literature and culture, Phillips’s imaginative study yields a number of important finds: the early national period was a time of radical experimentation with poetic form; the epic form was crucial to the development of constitutional law and the professionalization of visual arts; engagement with the epic synthesized a wide array of literary and artistic forms in efforts to launch the United States into the arena of world literature; and a number of writers shaped their careers around revising the epic form for their own purposes. Rigorous archival research, careful readings, and long chronologies of genre define this magisterial work, making it an invaluable resource for scholars of American studies, American poetry, and literary history.