The Color of Crime 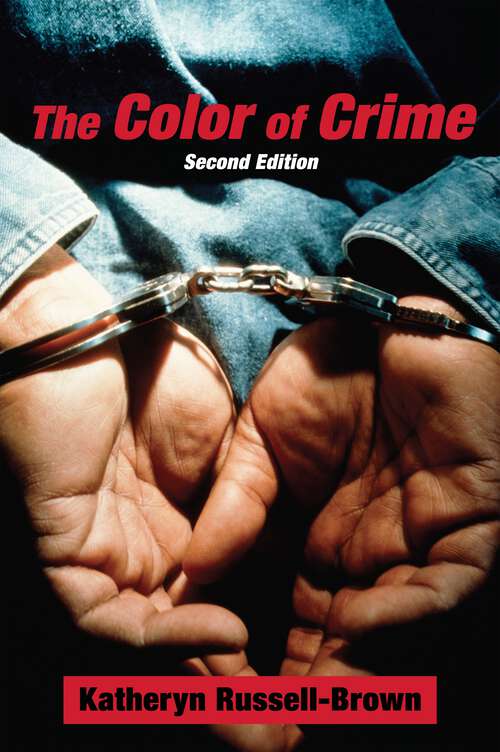 When The Color of Crime was first published ten years ago, it was heralded as a path-breaking book on race and crime. Now, in its tenth anniversary year, Katheryn Russell-Brown's book is more relevant than ever. The Jena Six, Duke Lacrosse Team, Amadou Diallo, Sean Bell, James Byrd, and all of those victimized in the aftermath of Hurricane Katrina are just a few of the racially fueled cases that have made headlines in the past decade.Russell-Brown continues to ask, why do Black and White Americans perceive police actions so differently? Is White fear of Black crime justified? Do African Americans really protect their own? Should they? And why are we still talking about O.J.? Russell-Brown surveys the landscape of American crime and identifies some of the country's most significant racial pathologies. In this new edition, each chapter is updated and revised, and two new chapters have been added. Enriched with twenty-five new cases, the explosive and troublesome chapter on "Racial Hoaxes" demonstrates that "playing the race card" is still a popular ploy.The Color of Crime is a lucid and forceful volume that calls for continued vigilance on the part of journalists, scholars, and policymakers alike. Through her innovative analysis of cases, ideological and media trends, issues, and practices that resonate below the public radar even in the new century, Russell-Brown explores the tacit and subtle ways that deviance is systematically linked to people of color. Her findings are impossible to ignore.