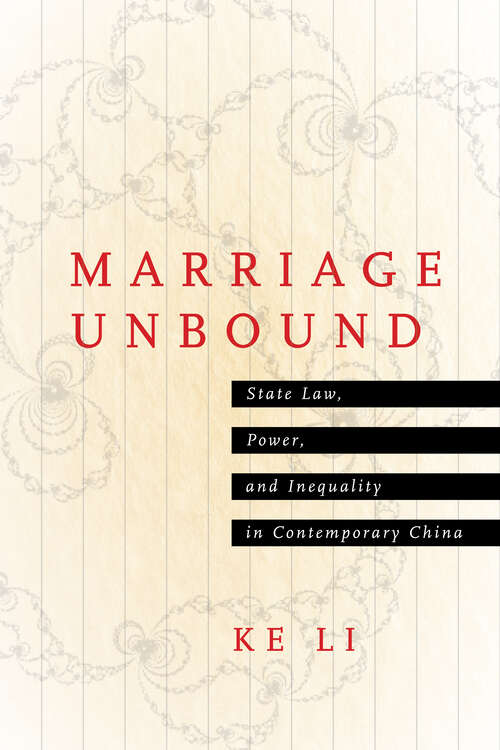 China after Mao has undergone vast transformations, including massive rural-to-urban migration, rising divorce rates, and the steady expansion of the country's legal system. Today, divorce may appear a private concern, when in fact it is a profoundly political matter—especially in a national context where marriage was and has continued to be a key vehicle for nation-state building. Marriage Unbound focuses on the politics of divorce cases in contemporary China, following a group of women seeking judicial remedies for conjugal grievances and disputes.

Drawing on extensive archival and ethnographic data, paired with unprecedented access to rural Chinese courtrooms, Ke Li presents not only a stirring portrayal of how these women navigate divorce litigation, but also a uniquely in-depth account of the modern Chinese legal system. With sensitive and fluid prose, Li reveals the struggles between the powerful and the powerless at the front lines of dispute management; the complex interplay between culture and the state; and insidious statecraft that far too often sacrifices women's rights and interests. Ultimately, this book shows how women's legal mobilization and rights contention can forge new ground for our understanding of law, politics, and inequality in an authoritarian regime.

Copyright:
2022 the Board of Trustees of the Leland Stanford Junior University.