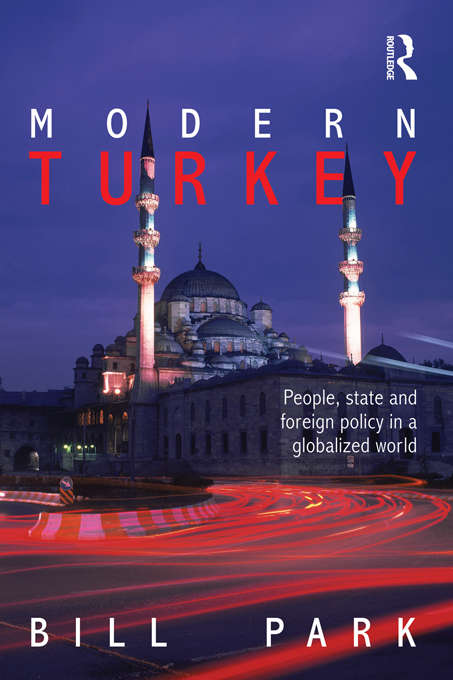 This exciting new textbook provides a broad and comprehensive overview of contemporary Turkey. Placing the country and its people within the context of a rapidly globalizing world, the book covers a diverse range of themes such as politics, economics, international relations, the Turkic world, religion and recent historical background.

Tracing the evolution of Turkey’s domestic political and economic systems, and its foreign policy, from the inception of the republic to the present day, the themes covered include:

the impact of globalization on Turkey’s society, politics, economy and foreign policy

the main features and prominent role of Kemalism

turkish foreign policy, and the new challenges and opportunities brought by the end of the cold war

the position of Turkey as a ‘bridge’ between East and West, and the particular and unique dilemmas confronting a Muslim but economically developed, democratized state allied to the West

the Fethullah Gulen movement and the Armenian ‘genocide’.

Situating the country as a ‘model’ for the wider Muslim world, this sophisticated analysis of one of the largest and most important states in the Middle East will be an invaluable resource for scholars and officials interested in Turkish politics and US foreign and security policies, and for students of the Balkan, Middle Eastern, Caucasus and Central Asian regions.