Nationalism and Power Politics in Japan's Relations with China 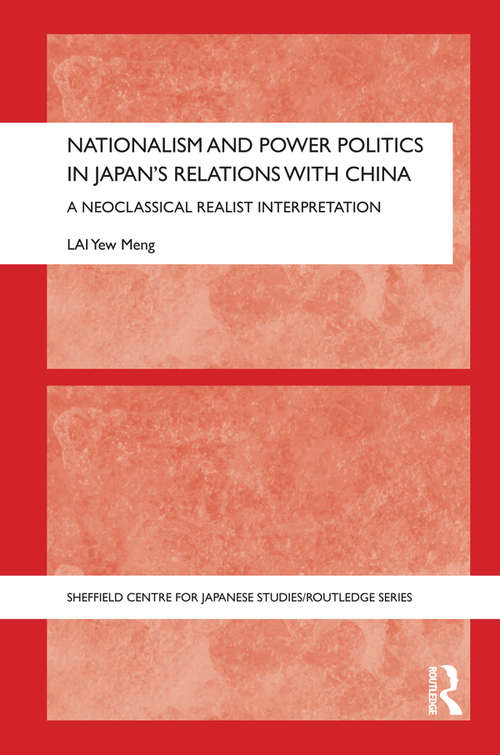 Despite flourishing economic interactions and deepening interdependence, the current political and diplomatic relationship between Japan and China remains lukewarm at best. Indeed, bilateral relations reached an unprecedented nadir during the spring of 2005, and again more recently in autumn 2012, as massive anti-Japanese demonstrations across Chinese cities elicited corresponding incidents of popular anti-Chinese reprisal in Japan.

This book systematically explores the complex dynamics that shape contemporary Japanese-Chinese relations. In particular, it analyses the so-called ‘revival’ of nationalism in post-Cold War Japan, its causality in redefining Japan’s external policy orientations, and its impact on the atmosphere of the bilateral relationship. Further, by adopting a neoclassical realist model of state behaviour and preferences, Lai Yew Meng examines two highly visible bilateral case studies: the Japanese-Chinese debacle over prime ministerial visits to Yasukuni Shrine, and the multi-dimensional dispute in the East China Sea which comprises the Senkaku/Diaoyudao territorial row, alleged Chinese maritime incursions, and bilateral competition for energy resources. Through these examples, this book explores whether nationalism really matters; when, and under what circumstances nationalism becomes most salient; and the extent to which the emotional dimensions of nationalism manifest most profoundly in Japanese state-elites’ policy decision-making.

This timely book will be of great interest to students and scholars of both Japanese and Chinese politics, as well as those interested in international relations, nationalism, foreign policy and security studies more broadly.