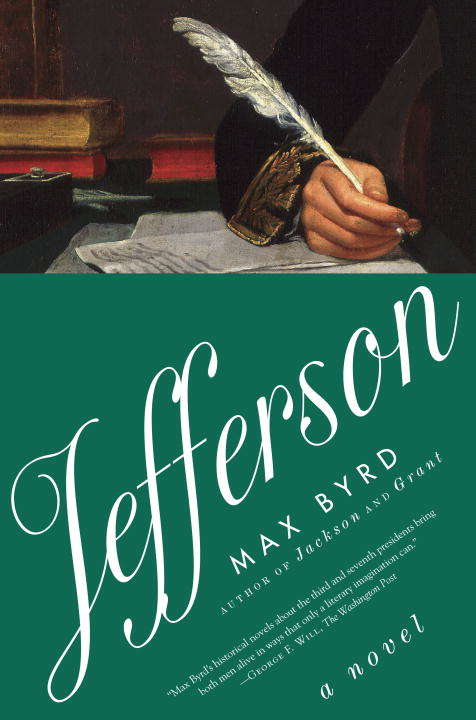 As he did with Presidents Jackson and Grant in those magnificent novels, Max Byrd now reveals Thomas Jefferson as we've never seen before. Byrd transports us to 1784, as Jefferson, the newly appointed American ambassador to the court of Louis XVI and Marie Antoinette, arrives in Paris--a city adrift in intrigue, upheaval, and temptation that will challenge his principles, incite his passions, and change him forever. Through the eyes of his impressionable young secretary, William Short, readers watch as the future president builds his dream of America with fellow patriots John Adams and Ben Franklin, while struggling between political ambition and an unexpected crisis of the heart with a woman who has the power to destroy him. Behind the face this complex Virginian shows the world, Thomas Jefferson is an enigmatic statesman who fights for individual liberty even as he keeps slaves, who champions free will even as he denies it to his daughters, and who holds men to the highest standards of honor--even as he embarks on a shadowy double life of his own. "Max Byrd's historical novels about the third and seventh presidents bring both men alive in ways that only a literary imagination can."--George F. Will, The Washington Post "Jefferson has the organic intimacy of a novel that has sprung full-blown from the imagination of its creator."--The New York Times "Superb . . . fascinating in the psychological insight it provides to one of the greatest Americans . . . a truly memorable book."--W. Jackson Bate, Pulitzer Prize-winning author of Samuel Johnson and John Keats "Absolutely splendid historical fiction that resonates with international, provincial, and individual passion and drama."--Booklist "A real tour de force."--San Francisco ChronicleFrom the Trade Paperback edition.