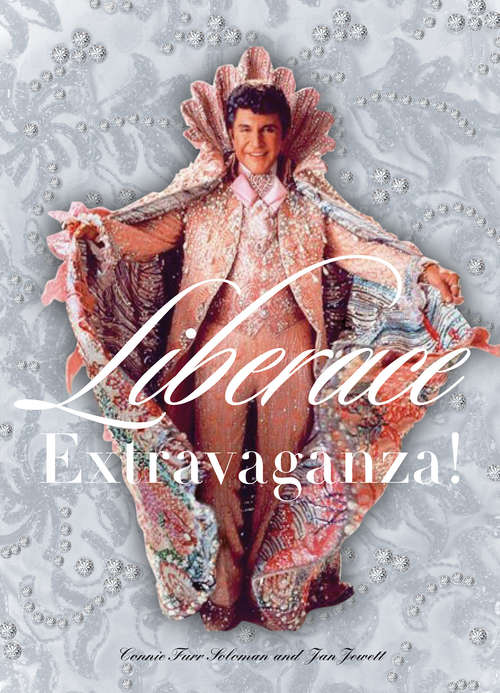 Known for his spectacular performances, the magnificent Wladziu Valentino Liberace was a world-renowned star in the entertainment industry for more than four decades, and his dazzling, often outrageous costumes are what made him most memorable. In Liberace Extravaganza! the entertainer's sequined, bejeweled, and rhinestone-studded outfits, as well as his extravagant collection of furs, feather capes, sparkling bow ties, and custom-made shoes are exhibited in book form for the very first time. These mesmerizing costumes grew from Liberace's humble beginnings when, as a young man, he would perform in his brother's hand-me-downs. From there, his suits, worth as much as twenty-four thousand dollars, featured layers of silk and satin ruffles, Swarovski crystal rhinestones, and fourteen-karat white-gold, diamond-encrusted buttons, culminating in his "electric" costumes with four thousand light bulbs weighing more than twenty-five pounds. Michael Travis, Liberace's principal designer, has written the foreword for this breathtaking volume. Jim Lapidus, another of Liberace's designers, furrier Anna Nateece, and Ray Arnett, his producer, have contributed original sketches used to design Liberace's costumes. The result is a book that is one of a kind: a celebration of the legendary performer and a visual feast of the most extraordinary costumes ever created. With more than 260 full-color photographs