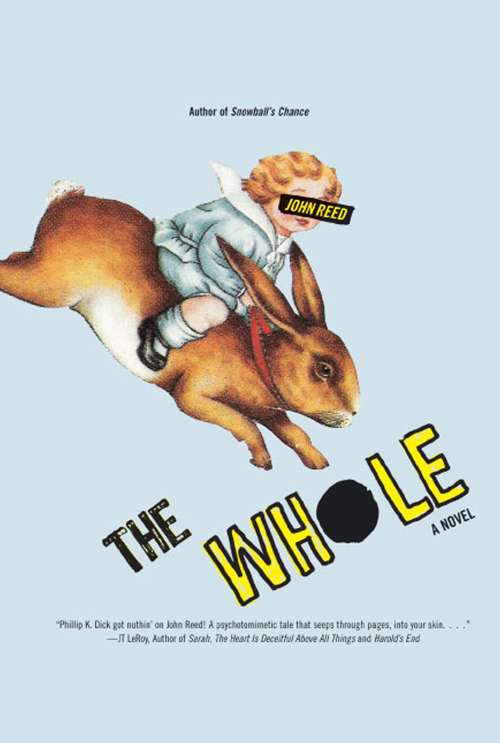 From John Reed, author of the controversial Orwell parody,Snowball's Chance,comes a subversive satire of modern culture, the complete lack thereof, and a lost generation that no one even tried to look for. In the middle of America's heartland, a young boy digs a small hole in the ground. . . which grows into a big hole in the ground. . . which then proceeds to drag the boy, his parents, his dog, and most of their house into a deep void. Then, as abruptly as the hole started growing, it stops. So begins the first in a series of events that takes the beautiful-if-not-brainy Thing on a quest to uncover the truth behind the mysterious Hole. Inspired by visions, signs, and an unlimited supply of pink cocktails served by an ever-lurking "Black Rabbit," Thing and her dogged production crew travel around America, encountering Satanists, an Extraterrestrial/Christian cult group, and a surprisingly helpful phone psychic. Their search for answers could very well decide the fate of the world as they know it. But the more Thing learns about the Hole, her shocking connection to it, and the mind-boggling destiny that awaits her, the more she realizes that human civilization isn't all it's cracked up to be -- and that it's just about time to start over.