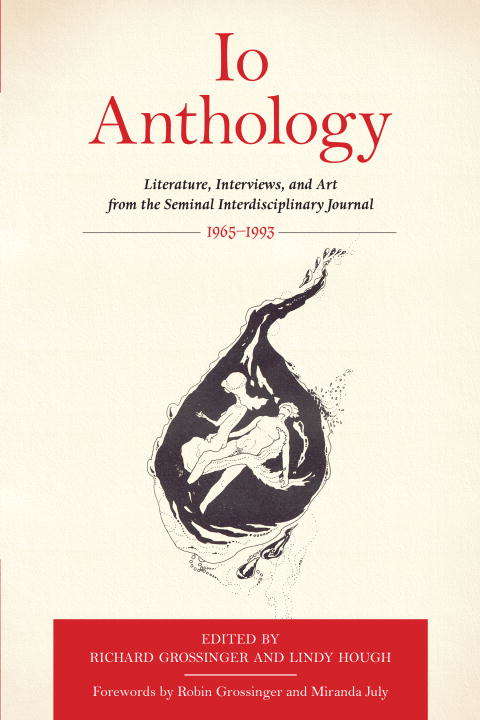 Io Anthology celebrates the fiftieth anniversary of this formative journal and commemorates its role in opening a path to decades of innovative publishing.Bringing together in one volume the quirky blend of artistic and scholarly writing that characterized the literary journal, this book is a "greatest hits" collection of the major pieces published from 1965 to 1993. It features very early work from Stephen King, Gary Snyder, Jayne Anne Phillips, and many others, with forewords by writer and filmmaker Miranda July and historical ecologist Robin Grossinger, the daughter and son of the editors, who grew up with Io and were in part initiated in their careers by its household presence. Io forged an eclectic path through the upheaveals of the 1960s in art, literature, science, and the life of the spirit with writing that embraced astrophysics, science fiction, parapsychology, topology, poetry from Black Mountain, Beat, and New American traditions, wisdom from Hopi and Iglulik elders, homeopathy, hermetics, alchemy and the occult, astrology, Tibetan Buddhism, and Sufism. Portraying the roots and spirit which impelled Io to evolve into a publishing company, this volume shows the seriousness and depth of content which continues to enliven North Atlantic Books.From the Trade Paperback edition.ng the continuity of purpose and content between North Atlantic Books, which grew out of the magazine, this volume chronicles the voices and spirit that continue to enliven the publishing vision that persists to this day.