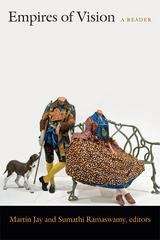 Empires of Vision brings together pieces by some of the most influential scholars working at the intersection of visual culture studies and the history of European imperialism. The essays and excerpts focus on the paintings, maps, geographical surveys, postcards, photographs, and other media that comprise the visual milieu of colonization, struggles for decolonization, and the lingering effects of empire. Taken together, they demonstrate that an appreciation of the role of visual experience is necessary for understanding the functioning of hegemonic imperial power and the ways that the colonized subjects spoke, and looked, back at their imperial rulers. Empires of Vision also makes a vital point about the complexity of image culture in the modern world: We must comprehend how regimes of visuality emerged globally, not only in the metropole but also in relation to the putative margins of a world that increasingly came to question the very distinction between center and periphery.Contributors. Jordanna Bailkin, Roger Benjamin, Daniela Bleichmar, Zeynep Çelik, David Ciarlo, Natasha Eaton, Simon Gikandi, Serge Gruzinski, James L. Hevia, Martin Jay, Brian Larkin, Olu Oguibe, Ricardo Padrón, Christopher Pinney, Sumathi Ramaswamy, Benjamin Schmidt, Terry Smith, Robert Stam, Eric A. Stein, Nicholas Thomas, Krista A. Thompson