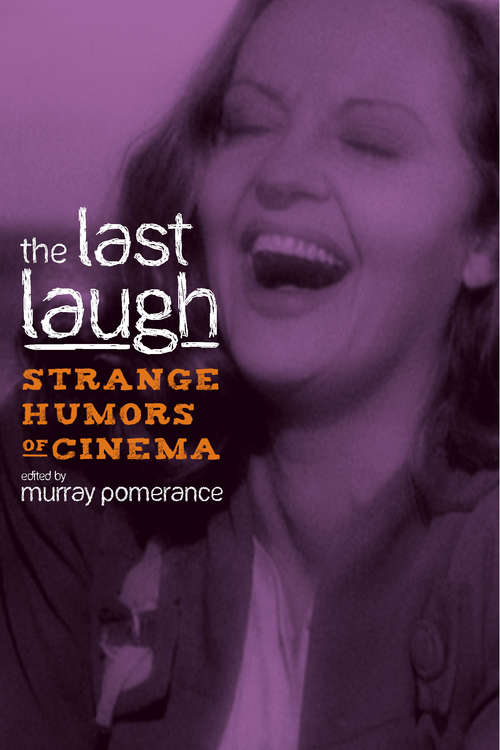 For critics, fans, and scholars of drama and film, the laugh has traditionally been tied to comedy, indicating and expressing mirth, witty relief, joyous celebration, or arch and sarcastic parody. But strange, dark laughter that illuminates non-comedic, unfunny situations gets much less attention. In The Last Laugh: Strange Humors of Cinema, editor Murray Pomerance has assembled contributions from thirteen estimable scholars that address the strange laughter of cinema from varying intellectual perspectives and a wide range of sources.

Contributors consider unusual humors in a variety of filmic settings, from the chilling unheard laughter of silent cinema to the ribald and mortal laughter in the work of Orson Welles; the vagaries and nuances of laughter in film noir to the eccentric laughter of science fiction. Essays also look at laughter in many different applications, from the subtle, underlying wit of the thriller Don't Look Now to the deeply provocative humor of experimental film and the unpredictable, shadowy, insightful, and stunning laughter in such films as Black Swan, Henry Fool, The Treasure of the Sierra Madre, Kiss of Death, The Dark Knight, and A.I. Artificial Intelligence.

The accessibly written, unique essays in The Last Laugh bring a new understanding to the delicate balance, unsettled tensions, and fragility of human affairs depicted by strange humor in film. For scholars of film and readers who love cinema, these essays will be rich and playful inspiration.