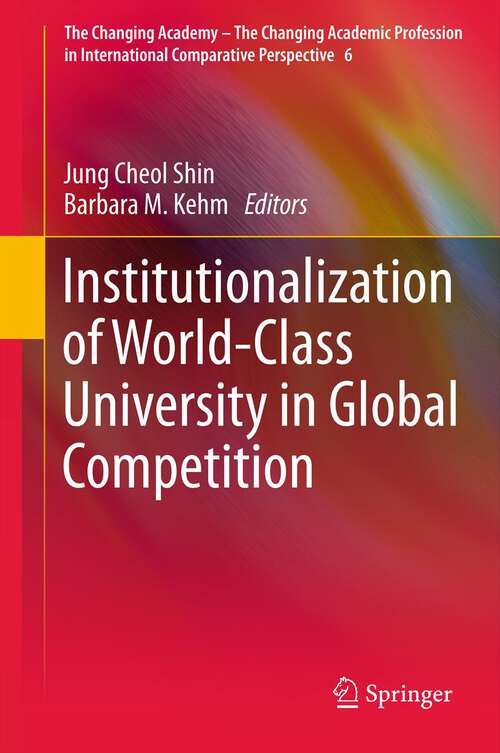 Moving the academic debate on from its current focus on development to a more nuanced sociological perspective, this fresh research is a collaboration between academics in South Korea and Germany that assesses the factors shaping world-class universities as institutional social systems as well as national cultural treasures. The work explores in detail how WCUs have moved to a central position in policy circles, and how these often ambitious government policies on WCUs have been interpreted and adopted by university administrators and individual professors.

The authors provide a wealth of empirical data on universities, both world-class and aiming for WCU status, in a range of polities and continents. They compare strategies for developing WCUs in countries of the East and the West, both developing and developed.